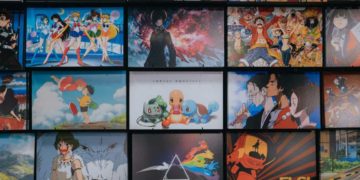 by Editor
in Entertainment, News
0 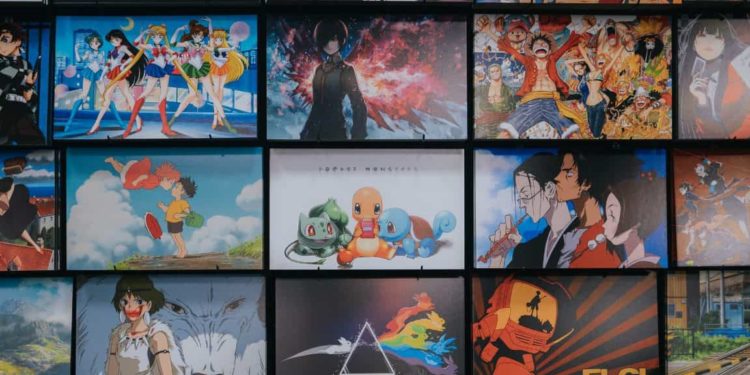 More and more people are watching anime series, and it is not surprising that 2022 Summer Anime will start broadcasting in July, a lineup of popular sequels and expected original works. Due to the COVID-19 pandemic, many projects had to be delayed last year. Although we know that there are many anime series that we can find today, we show you a list of upcoming anime movies below. Many works will arrive in July, so we recommend that you not lose track of this list not to miss any details.

“Who wants to work in life?” Famous for dialogues, Kinji Ninomiya is a young boy and the main protagonist in the anime, The Dungeon of Black Company. What he has is his extreme confidence. He has earned enough money through real estate investment. He wants a penthouse lifestyle. However, the graceful life has changed completely. The young boy is forced to work physically in a mine every day, once called a “dungeon”, and shed blood, sweat, and tears. Harsh environments, long working hours, low wages were nightmares for Kinji. He ends up living a “company-slave” life. Still, Kinji never gives up. To regain the best neat life, sometimes he tries to grow up by making full use of his wisdom.

“Will you be my assistant?” Siesta, another character in our story, is a smart girl. She thinks that she is a detective. She is so beautiful that Kimihiko Kimitsuka could not refuse the offer Siesta made to him to join her in her quest. They flew around the world for three years to fight the enemies of the world and engaged in a dazzling adventure. It’s been a year since the turbulent days. Kimitsuka, who became a third-year high school student, was immersed in everyday life. A client appears to Kimitsuka. “Are you a famous detective?” The epic story that connects the past and the present was about to begin again, triggered by the encounter with a classmate girl, Natsunagi Nagisa.

In our list of upcoming anime movies 2022, Scarlet Nexus stands on number three. In the very beginning, life was peaceful. Soon, unusual life forms and spooky mysteries descend from the sky. Those uninvited life forms began to threaten their lives. The new government formed the Phantom Army to subdue the mystery. The army has supernatural powers with extremely strong brainpower. Yuito, who has magical powers, was saved by the Phantom Army from a mysterious attack at an early age. Since then, he has gone through strenuous training as a volunteer and finally reaches the day of enlistment. Meanwhile, Kasane Randall joined the Phantom Army as a scout. What is the secret of the hidden world? Yuito and Kasane are involved in a tempting fate.

A girl enters Magic High School (a training institution for “magicians” that hold and exercise magic, commonly known as Magic High School) in the spring of 2095 AD, where young talents work hard every day. A talented and perfect honor student (Miyuki) dreamed of social school life with her older brother (Tatsuya), who enrolled together. But in front of her, the wall between honor students and inferior students (first-class students and second-class students) stands out. The story of an honor student at magic high school unfolds here.

Being one of the most anticipated upcoming anime movies, dragon maid is back. Dragon Thor has decided to work as a maid for Mr Kobayashi for some reason. Although he sometimes (lie, a lot) bothered his beloved Mr Kobayashi, he managed to blend in with human society and did an excellent job in the maid business. Do you remember Kanna, Lucoa, Elma and Fafnir? In this season, they also found their place among humans and enjoyed cross-species communication. It was around the time when Mr Kobayashi was spending turbulent days. A new dragon threat attacks Mr Kobayashi. What happens next? Can they together beat the challenge?

Built by the main character Limuru and many monsters, Jura Tempest Federation is a country where humans and demons can live together through agreements and trade with neighbouring countries. It was a convenient deal. Our other protagonist, Slime, who was a human being, Limuru, favours humans a lot. However, there was an apparent “hostility to demons” in this world. Soon Limuru and others face that unreasonable reality. What do you want to lose? The long-awaited reincarnation entertainment will rush into a new chapter of the storm.

On number seven in the upcoming anime movies we have, I’m standing on a Million Lives. Our protagonist, Mr Yusuke Yotsuya, has independent and neutral behaviour. Our anime character is a third-year junior high school student. He was moved to a different dimension so that he can get some quest. He became the third player with his classmates, IU Shinto and Kosue Hakozaki, who had already been transferred, and decided to take on a life-threatening quest. Fearless and aggressive, Yotsuya avoids emotional attachments and began to treat all elements flat: practical and neutral. He doesn’t care if anything comes between his goals. Will they achieve the objectives, or will they give up? Can they prevent those attacking monsters, powerful enemies and worse incidents?

8. Reconstruction of the Kingdom of Realist Heroes

Kazuya Soma, who lost his grandfather, is suddenly summoned to another world as a hero. The summoned destination was the Kingdom of Elfrieden. The character is an ordinary young man. However, he has modern knowledge and spiritual thinking. With his qualities, he will endeavour new policies. He was summoned so that he could rebuild the financial and political system of the kingdom. You will see Lithia (the princess of the Kingdom of Elfrieden), Aisha (the dark elf who boasts the most martial arts in the kingdom), Hakuya (who has a savage brain), Poncho, Juna, and Tomoe (she can communicate with animals). You will find a different world domestic fantasy that regenerates a predicament kingdom with modern knowledge.

In July 2022, Life Lessons of Uramichi-Oniisan will be aired. Like many other stories, it was scheduled for a 2020 release. Due to the pandemic, it was delayed. Life Lessons of Uramichi-Oniisan will give us a time full of comedy or an identity crisis. There is no middle ground. His daily life will be interesting to note. He tries to advise elementary school children on life’s serious turning points, and the children’s expressionless faces are a delight to watch. Another fun fact about the series is that each of the characters is named to reference their work.

10. My Next Life as a Villainess: All Routes Lead to Doom! Season 2 – July

At number 10 in the list of upcoming anime movies, we have “My Next Life as a Villainess: All Routes Lead to Doom”. Also known as Hamefura, it is a series of light novels that have been adapted into anime. In July 2022, season 2 will be aired. The story is based on the genre of the “OTOME” game. It has a unique approach to role-playing games, with the protagonist being the villain. You can witness the breathtaking adventures of Catarina. However, after she trips and hurts her head, she remembers her past life as an otaku. She takes countermeasures to avoid her terrible fate at the end of the game. How will these measures change your relationships with others?