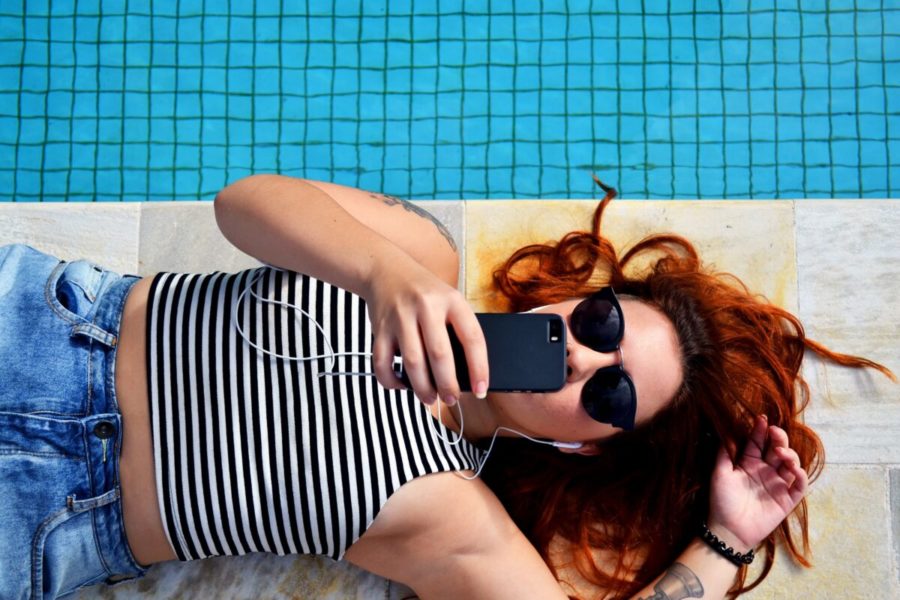 This is the new iPhone on the block

This is the new iPhone on the block

by Editor
in Tech Brands, Technology
0

The iPhone XS is next in line for Apple’s iPhones.  The design of this new phone will be similar to the design of its predecessors which were introduced on the market in 2018.  But there are key differences. One of them is the new frosted glass design which the new iPhones are expected to sport. The iPhone XS will come in three different sizes:  5.8 inch, 6.1 inch, and 6.5 inch. If you are on the lookout for these newer versions on the market, expect to see phones in various lavender and green shades.

The new phone is expected to have OLED displays.  They are also expected to be thicker by about half a millimeter!  The newer 5.8 and 6.5 inch phones will have three lens rear cameras which will allow you to take higher resolution pictures of better quality and clarity.  The 6.1 inch phone will have a camera with a dual lens. This camera will also come with a wide-angle lens and a telephoto lens.

The phones with the triple lens rear camera will have a camera which is in the shape of a square, and appears as a bump on the camera.  This lens will be arranged on the bump in a triangular format. This camera will also be able to have 3D sensing for augmented reality purposes.  It will have up to three times optical zoom capabilities, and it will be able to take much better pictures with much greater clarity and resolution in places with little to no artificial or natural light.

The iPhone XS which hit the market in 2018 had a front-facing TrueDepth camera system.  This is expected to be revamped in the 2019 versions. It will also feature a smaller notch. The 2018 versions could take pictures with up to 7 pixels, the newer versions will have a camera system which is capable of taking pictures with up to 12 pixels.  This makes for much more vivid images with greater clarity. The pictures and videos you take with this phone will look so realistic they will make the viewer feel as though he or she is experiencing the pictures and videos in real-time.

The 3D touch system no longer appears on the 2018 or 2019 versions of the iPhones.  They feature a haptic touch system instead. This system is thought to work faster and be more efficient than the traditional 3D touch system.  The 2019 version of the XS also comes with a bigger battery meaning that it can operate for longer periods of time between chargings. The WIFI on these iPhones will be more efficient and faster.  They will also have a much broader and greater bandwidth. This will allow websites you access on your phone to be much more responsive and to load up faster than on the predecessor iPhone. The clarity and visibility of the uploaded web sites will also be improved.

This iPhone will also have faster LTE speeds. Its newer technology and more powerful battery which lasts longer allows the phone to be charged by simply placing it on another iPhone with some remaining battery power.  This is referred to as bilateral wireless charging..  The older Apple iPhones don’t have this amazing and convenient feature.  The phones also work with a stylus which makes sending messages and other text communications much easier.  This is because you no longer have to worry about accidentally typing in the wrong letters on a small keyboard with very small letters.  You can use the stylus to enter in text both quickly and easily. This is a feature which many Apple iPhone users will appreciate!

In a nutshell, the new Apple iPhone has a longer lasting battery with more innovative features.  It also has the ability to take pictures which are so amazing they look like a professional photographer snapped them.  These are some of the many reasons why you should buy one of the newest versions of Apple iPhones.