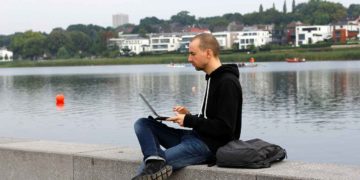 by Editor
in Lifestyle, Traveling
0 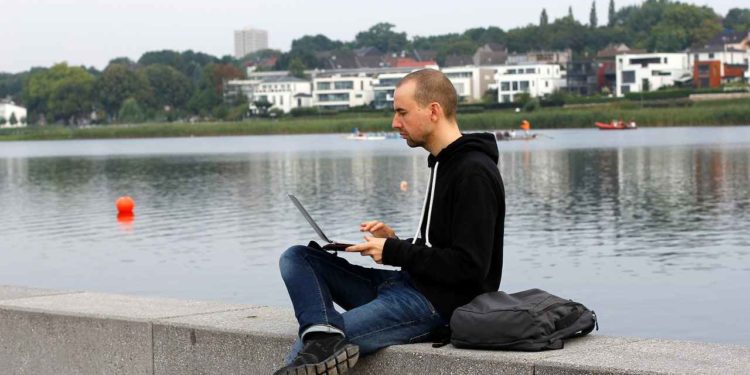 Two years of lockdowns taught us many things and one of them was that we didn’t need to be in the office every day. Digital nomadism was already on the rise, pre-pandemic, the number of nomads in the U.S. rocketed from 4.8 million in 2018 to 10.9 million in 2020, but Covid has had the effect of supercharging our desire to get out there and work in the big wide world. Pieter Levels, the founder of NomadList, predicts that, globally, there will be a billion digital nomads by the year 2035.

For the digital nomad, earning a living becomes an adventure, it won’t be a stress-free lifestyle, but it will be one that dodges the deadening monotony of the daily commute, the same faces, and the same four walls. So, what’s the ideal location? Everyone has their individual priorities but it’s a safe bet that weather, leisure attractions, and fast internet are likely to be on the list, helpfully, the Work From Wherever Index enables you to compare 111 countries that have been ranked against 22 factors. There’s also a time zone ranking system that helps you decide whether a particular time zone would work for you and your clients. Consider these four contenders from the top ten best countries in the world, in which to work as a digital nomad.

Germany just squeezes into tenth place because let’s face it, it’s not the tropical paradise that most people have in mind. On the plus side, it’s a country that goes out of its way to welcome digital nomads, it’s safe, politically stable, and LGBTQ+ friendly. Situated on the banks of the Rhine, Frankfurt is the financial capital of Germany and perhaps for this reason it’s home to the tallest buildings in Europe, though it also has a rich heritage of traditional buildings. It’s a compact city of just 753,000 and it even has its own city forest.

The Mediterranean island of Malta, the most densely populated country in Europe, ranks at number six. It scores highly on health and safety, traffic fatalities are just 4 per 100,000, but low on social life. Valletta, located in the south-east of the island is Malta’s capital and a UNESCO World Heritage site. With a population of just 7,000, Valetta is Europe’s smallest capital but despite this, there is a good selection of affordable rental accommodation available.

Spain ranks at number 2 on the index, it has good air quality, cheap rents, fast internet, and there are 807 clubs and bars for every 1,000 people. Madrid is the country’s capital and is indisputably one of the great cities of the world. With a population of 3,334,730 it is the second largest city in the E.U. Famed for its beautiful architecture there are over 100 tourist attractions and endless opportunities for nightlife. Clearly, this is a dauntingly large city to navigate but the people are friendly and helpful and digital nomads are very positive about the experience of working there. As one would expect there is no shortage of nomad-friendly cafes and co-working spaces. The further away from the city center you go, the cheaper the rents.

The islands of Madeira, Portugal

It’s hardly surprising that Portugal tops the list of best places in which to work as a digital nomad, the country really does have a lot to offer. First, there’s the climate, around 300 days of sunshine a year in the south of the country and secondly there’s the cost of living, which is one of the lowest in Europe. Add to this that it’s the third safest country in the world and that its 1,000-mile coastline has some of the best beaches in the world and then there’s the food and the wine and the buildings and you can see why digital nomads have been heading there in droves.

The autonomous region of Madeira, famed for the diversity of its flora and fauna, created the world’s first digital nomad village in Ponto do Sol in February 2021, since which time it has been visited by over 4,500 digital nomads. The village offers accommodation for stays of up to three months as well as free use of co-working space, the fastest internet in Portugal, and ample opportunity for networking. For nomads wanting to stay longer, there is plenty of rental accommodation available on the island, at much lower prices than in Lisbon.