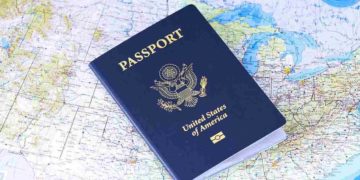 by Editor
in Business
0 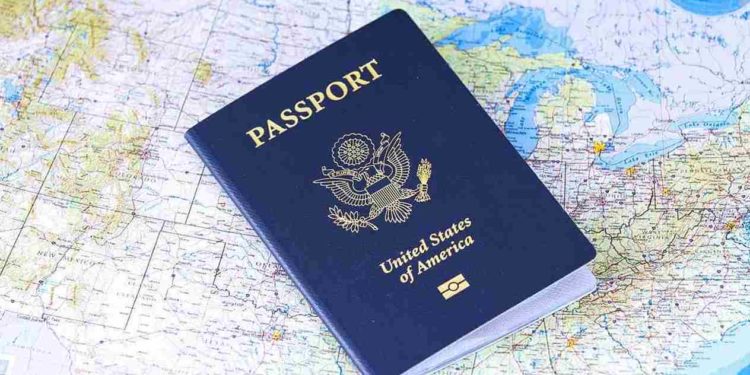 Among the different golden visa programs available worldwide, there is one that has been having a lot of attention from US citizens lately. The Portuguese Golden Visa program.

Portugal continues to attract investors in the international panorama, and there are more and more US investors with their eyes on the Portuguese Golden Visa program. Recent data from SEF (the Foreigners and Borders Service) confirms that Americans now lead the ranking of investment captured through gold visas in the country, surpassing the Chinese and Brazilians.

This has been an interest since the beginning, but it became more obvious during the pandemic when Portugal showed once again to be a place where people can live well.

Investors are attracted by the unique geographic and climatic conditions, the gastronomy, and hospitality, but mostly by the cost of living that Portugal offers.

When did the American interest in buying properties in Portugal begin?

Investment in real estate from US citizens began gaining momentum even before the pandemic. And that might have been related to an article in the Washington Post. It encouraged Americans to invest in buying a house in Portugal, namely in Lisbon surroundings (Cascais most specifically), indicating the city as attractive and cheap to live comfortably, that is, with good value for money, or rather, quality of life/cost of living.

The years have passed, and the attractiveness not only remains but is growing.

And that was quite noticeable at the Portugal Real Estate Fair 2022, with a lot of presence from the international market, including new nationalities, never present before. The sense was that such markets continue to look at Portugal as a great opportunity and that this is now happening with the North American market, which has been very dynamic.

Did the pandemic accelerate American investment in Portugal?

The COVID-19 pandemic has led to a sharp drop in global travel and tourism, which has had a significant impact on the Portuguese economy. However, the pandemic may have accelerated investments in Portugal from US companies.

In 2020, in the middle of the pandemic, the real estate market for sale in southern Europe showed that the coastal areas of these territories were still attractive to foreign investors.

Between June and September of that year, in fact, the US stood out as one of the most active countries in the search for properties located near the Portuguese coastline. The study on international demand on the Portuguese coast indicated that contacts from the USA were at the top of the list in dozens of locations, with a significant proportion being in Porto, Lisbon, Cascais, and the Algarve.

The presence of more American investment has become stronger and more evident. The demand, both for houses to buy and to rent, increased during the pandemic, despite some limitations arising from the restrictions on movement, with an impact, also, on the nationalities looking for homes in the country.

What kind of properties are investors looking for?

This is a question that we get every time someone asks about what type of property they should buy in Portugal. In general terms, you can say that the majority of them are interested in a typical Portuguese village or house, but also looking for some luxury, like a villa in Algarve, or a townhouse in Lisbon. They want to enjoy the best of both worlds: the tranquility of the countryside and the proximity to the capital, where everything is within reach.

In addition to the location, they look for properties that are well-maintained, with good infrastructure, and that offer enough space for family life.

How much does it cost to buy a property in Portugal?

It’s a question that many people ask themselves when thinking about investing in Portugal. But the truth is that it depends mainly on where you are buying it. In main city areas like Lisbon and Porto, the price per m2 has been steadily increasing and isn’t showing any signs of slowing down.

However, if you’re going to buy in rural areas, you will find prices significantly lower than those in cities. For example, in the Alentejo region, you can find houses for less than €100,000, while in more coastal areas that isn’t the case at all.

Also, with the new rules for the Portugal golden visa program, there are actually some additional benefits when purchasing in rural areas which are identified as low-density regions. And when combined with the incentive for reconstruction works, the combo could be a very interesting option for Americans or foreigners willing to invest and get a Portuguese passport after some time (and requirements).

Benefits pointing by foreigners when moving to Portugal

Portugal has been ranked as one of the top countries to live in Europe. But what does living there mean? What are its advantages compared to other European destinations?

There are several reasons why this is true. One of them is the quality of life. It’s not only because of the weather, the culture, the food, and the beaches but also because the “rhythm” is usually less stressful than in other places. Also, another advantage is safety. In recent years, Portugal has been considered a safe destination for ex-pats.

And for American citizens?

Agents in the residential real estate sector, refer that Americans normally point out the cost of living as the main factor and a very interesting option for them. But also the access to the national health system in Portugal; which they find quite incredible (and cheap). Something which is actually seen by Portuguese citizens with so many flaws, and yet, that is not what North Americans seem to notice.

An investment trend to continue?

Still, with regard to the real estate universe, and the impact of the North Americans on it, it is important to highlight the recent news about real estate investment captured through “golden visas”. Investment from the USA more than tripled in the 1st of 2022 when compared to the same period in 2021. And that is now enough to surpass the previous country with more investment, China.

The global economic situation, moreover, may also influence the dynamics of international demand and purchases by American clients. The euro has been losing its value against the dollar, as a result of several factors such as interest rate increases by the US Federal Reserve, and this scenario may have repercussions on the real estate market because now buying a house in Europe is cheaper for those who pay in dollars.

What does this mean? Nobody knows yet, but American investment in Portugal tends to be higher than expected, and this trend seems to be growing.