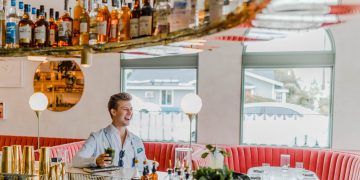 All You Need to Know about Alcohol Laws in Texas

All You Need to Know about Alcohol Laws in Texas 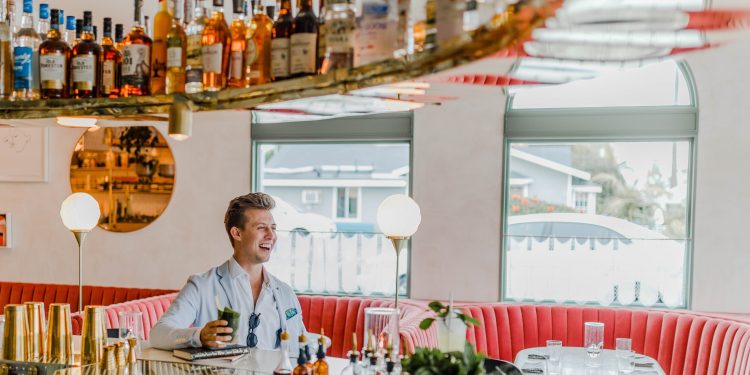 Texas has a mix of conservative and liberal rules when it comes to alcohol. All of the alcohol laws in Texas apply to its residents as well as the visitors. Being the second most populous state and the second largest in terms of the geographical area, it is not surprising that the alcohol laws vary across its vast expanse. More than 50 counties in Texas are ‘dry,’ which means prohibiting the sale of alcohol.

Some of the Texas districts consider it legal to sell beer but not wine in its grocery stores. Meanwhile, in other places, it is illegal to sell beer in grocery stores but not in the restaurant. This makes it extremely confusing. If you want to know what time they stop selling beer, it is essential to properly understand all Texas alcohol laws before you decide to visit the state.

A lot of youngsters want to do part-time jobs. Some of them even want to now the minimum age required for jobs around the sale of alcohol. What is the minimum age to tend a bar? What is the age limit for people to serve alcohol in restaurants? What time do gas stations stop selling alcohol in texas? The answer to all of these questions is that Texas’s alcohol laws permit adults 18 years old or above to tend bars. They can serve alcohol at a place for onsite drinking.

On the other hand, youngsters who are 16 years or older can sell beer and wine in grocery stores. However, individuals need to be above 21 years of age to sell spirits or liquors such as whiskey, vodka, tequila, rum, and gin.

However, this law has been set up under a myth that says that spirits are much more alcoholic and thus need a person to be higher in age to serve it than beer. But this is a false notion since the standard serving of beer, wine and spirits have the same amount of alcohol. Each one of them has 0.6 ounces of pure alcohol and thus equal in terms of alcohol content.

The standard Texas laws permit the drinking of alcohol for people below the age of 21 in the presence of a parent or a guardian.

Laws regarding the selling of Alcohol

It is illegal to sell alcohol to anyone, even an adult under the age of 21. If you visit Texas and wonder what time they stop selling beer, you need to read this.

All licensed businesses can sell beer and wine from 7 a.m. until midnight on weekdays starting from Monday until Friday. But it can be sold from 7 a.m. until 1 a.m. on Saturdays. On Sundays, the sellers can serve alcohol from noon up to midnight.

Restaurants have permission to sell alcohol even on Sundays before noon. However, it must be paired with food. It is illegal to sell any beverage with an alcohol by volume percent of more than 17 % on Sundays.

It is also not allowed to sell alcohol on Thanksgiving Day, New Year’s Day, or Christmas Day.

Food trucks are not allowed to sell any alcohol. If you want to know what time they stop beer of sale today, you can contact the stores and find it out.

Texas has several dry counties, which ultimately creates a lot of confusion. According to Star-Telegram, the complexity does not end here. Some of the Texas counties have a law that states that 4% of the year is legal. In other places, beverages with 14% or less alcohol are permitted.

Laws regarding Buying of Alcohol

If you are thinking about what time can I buy wine in Texas or what time you can buy beer in Texas, you need to understand all the state’s alcohol laws properly. There is no fixed law regarding alcohol buying and selling throughout the country, which creates confusion among people. Since there are different types of requirements and limitations in various areas of Texas, it is essential to understand the laws clearly to avoid any issues with the police.

It is illegal for anyone to buy or even attempt to purchase alcohol under the age of 21. The use of false identification to buy alcohol or drink is entirely unlawful and can result in the police’s conviction.

The penalty for the infringement of any of these laws is the suspension of license for 30 days. If the same person commits a second offense, the license suspension is done for 60 days. In case of a third offense, the license is suspended for 180 days. Along with this, the judge can order the person was committing the crime to attend an alcohol education program along with community service.

It is also illegal for a person to buy alcohol for anyone under the age of 21 this law has an exception where a spouse of 21 years or older can purchase alcohol for their partner who is under that age. In this case, it is considered that the more former spouse is assuming the guardianship of the younger ones.

When we consider the time limitations, it is legal to drink alcohol at 10:00 a.m. on a Sunday at any sporting event or a festival. However, staying under the influence of alcohol in public is illegal in some of the jurisdictions. This also includes a bar.

Laws relating to a Bootlegger

Bootlegging is illegal in the dusty towns of Texas. According to the police, possession of more than 24 cans of beers is considered a prima facie evidence in favor of bootlegging. In simple words, it is believed to be a piece of evidence in support of an intent to sell alcohol. This law is applicable only in the dry areas of Texas.

If you possess more than one quart of liquor, you can be arrested. If you want to avoid a fine of hundreds of dollars and a criminal record, it is advisable to forget about stocking up for a trip or a party.

According to the laws, it is also a violation to have an open container of alcohol in the passenger area. At the same time, it is stationary or traveling in a public space. If you have any open containers it can be kept legally in the trunk of the vehicle. A person found to have an open box in the passenger area can be penalized for up to 500 USD.

In case of an offense, the driver’s license can be suspended for as long as one year. Along with this, a fine of 500 USD can also be penalized. The individual may also need to undergo an alcohol education program to install an ignition interlock device. This device substantially prevents the engine of the vehicle from starting if it detects any alcohol in the driver’s breath. This is similar to a breath analyzer test, but the person must pass it every time before starting to drive.

If a person is 21 years and above, she is legally allowed to buy and consume alcoholic beverages. They are not allowed to drink while intoxicated with an alcohol percentage of more than 0.008%. In case the driver is found intoxicated, the conviction is spending up to 180 days in jail. The driver’s license is also suspended for two years or an annual surcharge of up to 2000 USD for three years if the driver wishes to keep the license.

In case of a second conviction, the punishment is one month to one year of imprisonment with a fine up to 4000 USD.