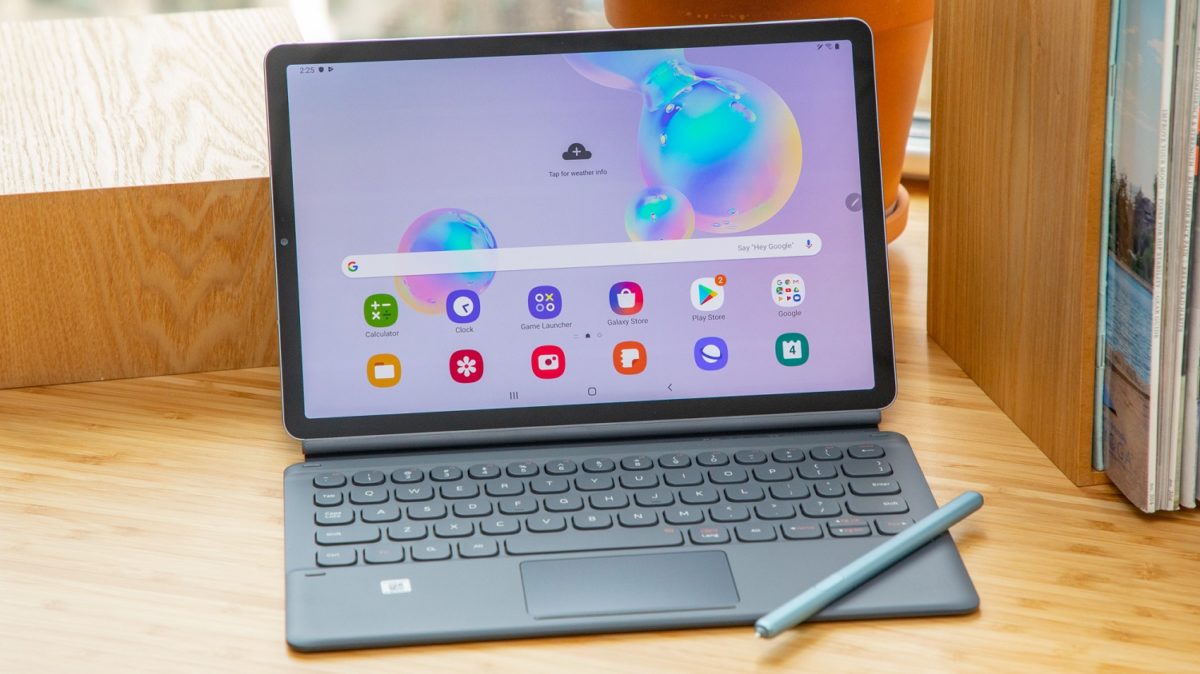 Android tablets have not been the most popular ones in the market – thanks to the glorious and powerful iPads. Although some companies like Xiaomi and Samsung are making some nice models, but Xioami doesn’t sell them in India. On the other hand, Samsung is one company that has been manufacturing a variety of tablets in the country. The Samsung Galaxy Tab S5e offered a good experience at a very aggressive price. While the Tab S5e is an example of an affordable Android tablet, the new Galaxy Tab S6 is the best tablet that Samsung had ever offered. But, should you invest your money in it or go with the iPad again? Let’s check it out in the Samsung Galaxy S6 Tab review below:

The Samsung Galaxy Tab S6 is not at all a successor to Galaxy S5e. It is the most powerful tablet and the only flagship tablet offered by Samsung. This premium tablet packs a 10.5-inch AMOLED display with a WQXGA resolution (1600×2560 pixels). There are thick bezels on the sides and all around. We understand it as you need some bezels on a tablet to hold it without touching the screen. Good news –  Samsung has added an in-display fingerprint sensor but it isn’t the ultra-sonic. You can try ordering it with applicable Samsung Coupons.

The new Galaxy Tab S6 is sleek but heavy as it carries a 7040mAh battery.

Also, the Samsung Galaxy Tab S6 comes in Wi-Fi and LTE variants – just like iPads. On the right side, you can find the power and volume buttons along with a microphone and the SIM tray.

The tablet packs four AKG-tuned speakers, two positioned at the top and the other two at the bottom. Also, the tablet supports Dolby Atmos. There is no headphone jack on the tablet, sadly.

You find the dual-camera setup on the back. Samsung also ships an S pen stylus in the box and it is bigger than the one you get in Galaxy Note Note 10 box.

Ther is a 4-pin connector on the left which can is compatible with the keyboard. You have to buy it separately though.

The 10.5-inch AMOLED display is excellent for watching movies and TV shows. Not only that, you get punchy colors and sharp images. You also get excellent viewing angles. And, the quad-speaker setup makes the overall viewing experience more fun.

When it comes to gaming, you won’t find this tablet an ideal device. It isn’t in the ideal size for playing games like PUBG Mobile. Although this tablet can run high-end games at high graphics without any signs of lags.

The Galaxy Tab S6 carries a dual-camera setup on the back which includes a 13-megapixel primary sensor and a 5-megapixel depth sensor. For selfies, there is an 8-megapixel front camera. Cameras on the back captured decent images – just decent! You won’t take this bulky device out to take photos. Talking about the selfie camera, you might be using it for video calling and it works fine that way.

The Samsung Galaxy Tab S6 holds a 7,040mAh battery, which stayed awake for 11 hours and 46 minutes in the HD video loop battery test. The device is shipped with 15W charger in the box which can charge it to 25 percent in 30 minutes and 50 percent in an hour.

The Samsung Galaxy Tab S6 is the best tablet offered by Samsung so far and it comes at Rs. 59,900. In terms of hardware, performance, and everything, this product is a package. The vivid AMOLED panel, the quad speakers, and Snapdragon 855SoC underneath make this tablet unstoppable for productivity. If you want to get the fastest Android tablet, the Galaxy Tab S6 is your best bet. Get more information about Freejobalert news with us by subscribing free of cost.

When you start considering iPads in your scheme of things, the latest iPad Air model is available at a starting price of Rs. 40,000, and you could still buy an Apple Pencil and keyboard case. Not only this, if you want an iPad Air with cellular connectivity that too starts at Rs. 55,900. If you want to spend some more iPad Pro’s 11-inch model can be the competitor of S6 Tablet and it is tough to beat.