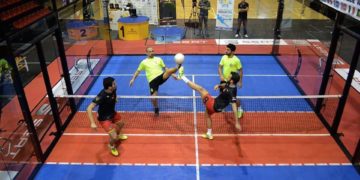 What Does the Opening of the World’s Biggest Padbol Facility Mean for Dubai Businesses?

What Does the Opening of the World’s Biggest Padbol Facility Mean for Dubai Businesses? 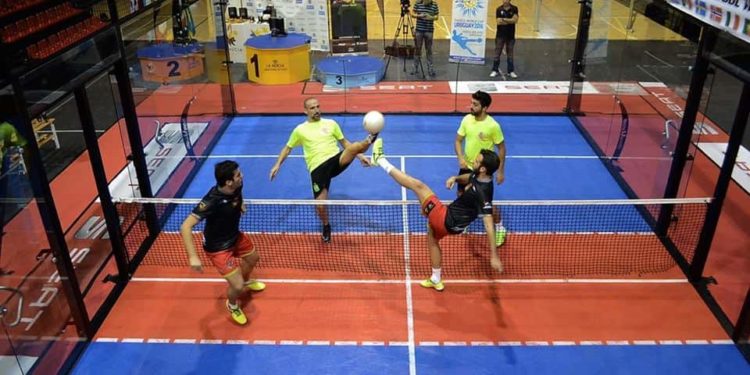 The sport of padbol has taken the world by storm in recent years, with several countries creating specialist facilities to accommodate the activity for their players. The world’s biggest padbol complex has recently opened in Dubai, so what could this mean for the city’s business and residents?

Created in Argentina in 2008, this is a fusion sport that combines a variety of elements of play from other sports like football, tennis and squash to provide a unique, eye-catching type of game. It has quickly expanded across the globe in the last few years, to countries like Spain, the UK, Australia, and France thanks to the fast, exciting nature of the sport.

The Padbol World Cup was first played in Argentina in 2013, with Spain and Uruguay hosting the subsequent events for international players. A fast and fun sport, it requires players to show a variety of different skills and is played by two teams on either side of a net, with each team containing two players.

Points are racked up in the same way as tennis and games are over three sets, with each team needing to return the ball over the net with two or three touches on each point. The ball can bounce off the glass walls and players can use the same body parts that outfield players are allowed to use in football. A friendly American Jaguar called Chivi is the sport’s official mascot.

What Are the New Facilities in the UAE?

The new complex has been opened at Al Quoz in Dubai, UAE. This is currently the world’s biggest padbol facility, with seven courts in a total area of 10,000 square feet. Each court in this sport is six meters by ten, with a special padded floor that’s designed to keep players from suffering injuries.

Known as EmiratesPadPro, the new center also contains a café and lounge area, together with shower facilities for players. It’s designed to be a place for the community to come together, and for both men and women to play. Those sports fans who aren’t interested in playing but excited to spectate may eventually be able to watch the biggest games, once we see some teams gain followers and help take the sport to the next level.

It could also become a sport that people bet on, eventually. The best betting sites in the UAE as featured on this online casino directory, such as 888Sport, Betobet, and 1xBet, allow residents to bet on cricket, tennis, and virtually any other sport presently. These are just a few sites that Arabianbetting.com recommends. They review all operators and only list the best sites with the best features and offers, and provide players with all the information they need to get started, as well as a comprehensive guide to the region’s gambling laws. While padbol hasn’t yet become one of the planet’s major sports, online bookmakers pride themselves on an inclusive and diverse array of markets, and it wouldn’t be a surprise if padbol finds itself added to the roster in the years to come. Though a niche sport at the moment, the inclusion of a padbol market alongside the likes of the UAE Pro League and the Dubai World Cup could really give Dubai residents more reasons to start using online wagering services.

How Could This Help Dubai?

Padbol has already become popular in around 30 countries across the world, and there’s every sign that it will only continue to grow. It’s possible that we see big tournaments and more commercial activity around this sport in the next few years. While La Plata in Argentina is currently considered to be the home of padbol, as the sport spreads, it’s likely many locations will stake their claim as the main venue for the biggest games.

On that matter, with the biggest facility in the world now based in Dubai, Dubai is certainly in a strong position to host the best tournaments and attract players and teams from around the world. Given the top-class infrastructure in this fast-growing city, it wouldn’t be a major surprise to see this become one of the planet’s major padbol centers before too long.

This could also open up sponsorship possibilities for UAE firms, allowing them to get in on a new, fast-growing sport early on. Given that the global sports market generates some $620 billion annually and that football contributes around $28 billion of the total figure, it’s easy to see how padbol could turn out to be a money-spinner for the companies that get in early.

We can expect to see padbol become increasingly popular in the next few years, and it’s going to be interesting to see whether Dubai manages to cement itself as the leading city for this sport. The opening of this new facility is a step in the right direction but there’s still a long way to go.