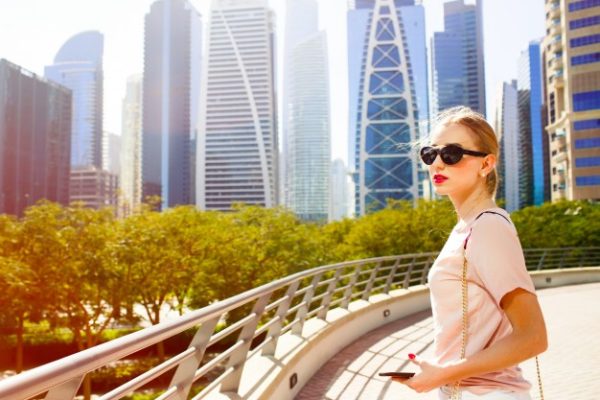 Dubai: the fast growing Mecca of the gulf

The Benefits of Lego Education at School

Dubai: the fast growing Mecca of the gulf

by Editor
in Global Business, Traveling
0

When you think about the gulf states, you probably envision women clad in burkhas, men wearing the traditional head pieces and long flowing white gowns, and states steeped in tradition and rich with oil.  However, this is not a true representation of these states, especially not of Dubai.  Dubai is one of the few economies in the world which is posting healthy growth.  This article will give you strong insight as to how Dubai growing.

Dubai is a mass exporter, especially of oil.  However, it exports other goods and services.  Dubai is the world’s 25th largest exporting economy.  This fast growing gulf economy exports IT and digital marketing services.  It trades with Japan, India, Singapore, Thailand, South Korea, the United States, the United Kingdom, and Germany.  This gives it a broad scope for export based revenue.

Because the government is taking aggressive measures to rapidly diversify Dubai’s economy by investing in industries other than oil, many industries are showing healthy growth.  Some of these are trade, transportation, tourism, industry, MICE (meetings, conferences, and exhibitions), business and industrial consulting, IT and CT, manufacturing and finance.  Since these industries are core industries, and they have been showing healthy growth rates, Dubai’s overall economy has been growing by 3.1% in 2019.  These industries are core and strategic industries in the new emerging global economy and economic order.  This puts Dubai in a strong position to broaden its economic core in terms of the dominant industries which it is active in.  Dubai also has the strong scope to become a key global economic player by 2050 because of this.

Dubai’s vision for the future

Dubai’s government is progressive and visionary.  It has the vision of making Dubai one of the world’s premier global hubs.  The government has taken many measures to entice international businesses to invest in Dubai and to do business with this emerging gulf power.  The enterprises which it has put the most effort into attracting are in the IT and digital marketing/e-commerce sectors because of their position as emerging and strategic industries for the continually evolving global economy.

No country can become a global economic player without strengths.  Dubai is no exception.  This tiny gulf state remains a magnet for the global import/export industry and for the world’s major industries because of its key strengths.  These include its strategic location.  It is a bridge between Europe and East Asia.  The economic and political rise of Asia and the current economic strength of Europe has made Dubai a very attractive trading point because of its business friendly policies, and because of its geographic location.

It has large and well established trading relationships with more than 1.5 people living in the Gulf, European, Asian, Central Asian, and African nations.  This makes it an attractive and key trading partner for many of these rapidly growing economies.  Dubai’s international trade market is growing by 11% annually since 1998.  This high growth rate makes it very attractive for the world’s major companies to view it as a major trading partner.  This gulf state is oil rich.  This combined with its access to large quantities of cheap energy make it very attractive for businesses in general.  This is because businesses need tax breaks, monetary incentives, and access to reliable infrastructure, and cheap and reliable energy to be successful.  Dubai offers businesses all of this and more.

This article explains the many factors which determine how Dubai is growing.  Dubai’s impressive growth rate and strong economic fundamentals has changed the way the world views the Middle East.  They no longer think of the gulf states as being backwards and being ruled by kings and sheikhs.  They see them as being progressive and dynamic states which are eager and well poised to grow in the changing world economy!