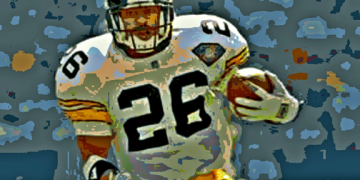 Can The Pittsburgh Steelers Overthrow the Baltimore Ravens in AFC North?

Can The Pittsburgh Steelers Overthrow the Baltimore Ravens in AFC North? 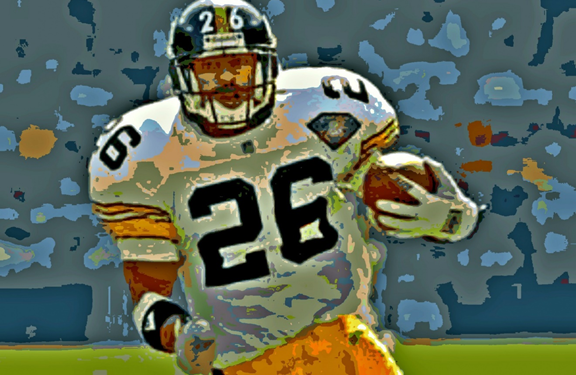 The Baltimore Ravens won the AFC North last year. However, the tough obsidian birds are now 5-2, and the Pittsburgh Steelers have passed the halfway point in the season with a 7-0 record. Week 9 play has the Steelers visiting the Dallas Cowboys as 14-point road favorites. But the AFC North is still very much up for grabs. The Ravens are no joke, and the Cleveland Browns are strong this season as well. The outcome of the Ravens-Colts game this Sunday will tell us a lot.

Thanks to the Tennesse Titans, the Steelers already used up their bye week early on in the season. Although this could negatively impact the team as the season wears on and we enter the playoffs, I believe that up to this point, it lit a fire under the Steelers’ collective butts and motivated them to win a lot of games early to lock in a first-round bye.

Despite the Steelers having a two-game lead over the Ravens, the Baltimore Ravens are still the AFC North favorites at a few sportsbooks. That said, the Steelers are -375 at BetOnline to win the division.

As I write this, I still don’t have the outcome or stats from the Steelers-Cowboys game. But I am going to go ahead and assume that the Men of Steel win the day. If we look at the power ratings, the Steelers should beat an average team on a neutral field by about 4.5 points at this point in the season. The Cowboys are depleted and should lose by 9.0 to an average team. So, if we give America’s Team three points for playing at home in Arlington, we come to an 11.5-point spread. So, I don’t necessarily think the Steelers will cover that massive 14-point spread, but they should beat the Cowboys by a touchdown to a TD and a field goal.

When it comes to the Bengals, we have a team that should lose to an average squad on a neutral field by 3.5 points. But, let’s increase that to 6.5 because the Bengals have to come north to play in Heinz’s field. So, our initial opening point spread should be the Steelers -11 at home.

The Steelers have been putting up just over 30 points per game on average. The name of the game for Pittsburgh is their Red Zone efficiency.  They are only 22nd in the league in passing yards, 16th in the league in rushing yards, and 25th in the NFL in yards per play. Yet, they manage to have the No. 5 scoring offense in the league. This is because unlike, for example, the Chargers, who are No. 5 in passing and No. 8 in running, the Steelers don’t settle for as many field goals. Big Ben leads his offense into the end zone.

The Bengals are on a bye during Week 9, but they are coming off a surprise win over the Tennessee Titans. Joe Burrow wen 26 for 37 dropping 249 yards on the Titans with two TDs. Meanwhile, both Bernard and Perine punched one in on the ground. Does this mean the Bengals are finally finding their footing or was it just a fluke win?

The Bengals currently own the No. 20 offense at 24.2 points per game and the No. 21 defense, allowing 26.8 per game. Still, they rank worse than the Steelers in yards per play on both sides of the ball at No. 27 and No. 30, respectively. When it comes to betting the spread with the Bengals, they tend to cover after a loss. This season, they are 5-0 ATS after a loss, but that isn’t the situation here. They are playing after a win and on the road. So far, the sample size for ‘after a win’ is just one. And they lost that one. The Bengals are 2-1 ATS in division games for 66.7 percent and 3-1 as dogs. Overall, the Bengals are 6-2 ATS for a 75 percent cover rate. This makes them one of the best spread teams in the league. So, before auto-betting on the Steelers to cover, we should really handicap this matchup well after we have all the information from the Steelers Week 9 game and know who will be on the field in Week 10.

If the Steelers keep racking up division wins, it will be that much harder for the Ravens to take back the AFC North, and Pittsburgh will once again be kings of the hill.