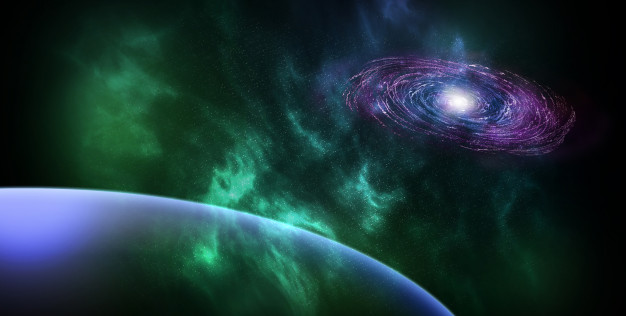 Will NASA’s vision transform the world by 2050?

Will NASA’s vision transform the world by 2050?

by Editor
in Latest, News, Technology
0

NASA is an acronym for the National Aeronautics Space Administration. It is America’s main agency for exploring and understanding outer space.  NASA is currently funded and supported by the American government. As space technology and tools for looking at and understanding the universe have improved dramatically in recent years, NASA has embarked on a mission of space exploration and colonization.  This is in line with its vision of ‘boldly going where no man has ever gone before’ in terms of space exploration and colonization. However, the key question which needs to be asked is, “how NASA looks to the future in Vision 2050 workshop?”  This article will provide the answers.

NASA and its staff currently have many things to be proud of in terms of accomplishments.  After all, this agency has discovered seven Earth-like exoplanets which orbit a nearby star.  What’s more exciting is that these exoplanets are thought to be able to support life (human life).  The agency also launched a satellite in 2015 which followed Pluto’s orbit and gathered enough radical information to excite NASA’s astronomers and to revolutionize their long held beliefs and theories regarding Pluto, its environment and atmosphere, and its ability to support life

These recent developments are just a few of many NASA is currently making which will help support and further its vision and mission.  NASA recently held a workshop called the Planetary Science Vision 2050 Workshop to discuss its vision, mission, goals, and objectives. The workshop also discussed new and emerging technologies and scientific tools which NASA is using and pioneering to better understand the universe and life in the universe.

The workshop was held from February 27 to March 1 of 2017.  The workshop discussed five key themes which are central to NASA’s vision and mission.  They are:

Other goals and objectives

NASA’s Planetary Science Division (PSD) had other goals and objectives in mind when it hosted the vision 2050 workshop.  One of these was to provide the PSD with an in-depth understanding of the nature and mechanisms of planetary science by 2050.  The PSD held this workshop with the goal of gathering the best and brightest minds in planetary science and related industries with professionals who are experts in space technology.  The objective of this part of the workshop was to have a forum where these professionals could collectively identify and discuss the future potential goals of science (and of NASA), and the technologies which could support these goals.  NASA hopes to implement these goals by the late 2040’s. The information gathered from the research endeavors which these goals would support would support the next stage in exploration of the universe.

As mentioned earlier, NASA wants to have viable and functioning colonies on nearby planets and celestial bodies by 2050.  The first planets and bodies to be colonized would be in our solar system. One of NASA’s key short and long-term objectives is to have a functioning human colony on Mars by 2050.  Additionally as astronauts increasingly explore outer space, they are increasingly discovering that many planets, moons, suns, asteroids, and other celestial bodies are rich in natural resources which is necessary to sustain human life on Earth (and eventually other planets).

These natural resources include gold and silver, precious stones like rubies and diamonds, and the most important resource needed to sustain any type of life on any planet:  water. Astronauts at NASA are currently developing the technologies, transportation systems, and networks needed to mine these celestial bodies for natural resources. NASA has a two part plan regarding the best way to use these resources once mined.  These resources can either be used directly on the planet on which they were mined or on a neighboring spaceship. They can also be taken back to Earth for human consumption. Though the second part would be very expensive and difficult to do, so it would probably would be used very much.

NASA is also working on projects which are part of its 2050 vision and which were discussed in the conference which would involve growing food crops on other planets.  These crops could then either be used directly by the humans living on those planets. They could also be transported back to Earth where people could consume them. Though ambitious, difficult, and expensive, NASA is funding and working on the types of projects because of their potential to end a problem which currently plagues the world – hunger and malnutrition.

NASA has a history of being overambitious and creative in terms of its projects and endeavors.  However, it is this overambition and creativity which has spearheaded projects that have brought technologies which have enhanced people’s standards of living and made life much easier in general for them. One good example of this is the microwave oven. NASA’s scientists are hopeful that the Vision 2050 workshop will continue to do the same.