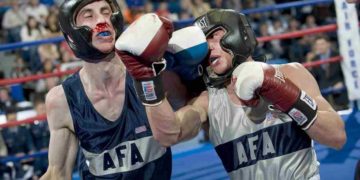 What Is a Rabbit Punch, and Why Is It Illegal?

What Is a Rabbit Punch, and Why Is It Illegal? 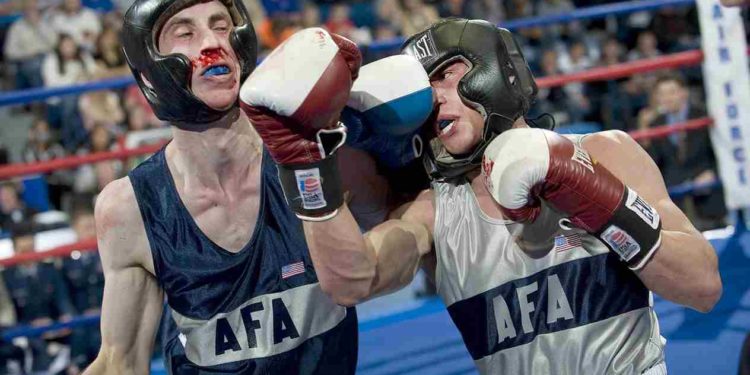 Combat sports have been an enduringly popular corner of the sporting pantheon for generations, but newfound fandom has been generated in recent years, thanks to an injection of new talent from unlikely places. Once considered gimmick entrants, YouTube stars Logan Paul and KSI have come into their own in the boxing ring, bringing with them a new generation of boxing fans.

But many new fans will be unaware of some finer points in the boxing and MMA rulesets – some of which have life-saving implications. One such rule forbids the intentional use of ‘rabbit punches’; what are they, and why are they illegal?

What is a Rabbit Punch?

‘Rabbit punch’ is the name given to a punch that connects at the back of the head, in an area spanning the top of the neck, between the ears, and the base of the occipital bone. Contrary to popular understanding, the name isn’t given to a specific kind or style of punch – rather, the term refers to the outcome of a punch.

‘Rabbit punch’ as a name originates in game hunting, where gamekeepers would kill rabbits with a swift blow to the back of the head. The quick movement of the neck would cause instant unconsciousness or death, and preserve the pelt in the process. So why is the rabbit punch illegal in the vast majority of combat sports?

Why is it an Illegal Move?

The rabbit punch is an illegal move due to its inherent dangerousness and in some cases even lethality. The area in question, from the top of the neck to the base of the crown and between the ears, is the area in which the spinal cord meets the brain. It is also a relatively unprotected area, with many nerves and arteries that could be contorted and ruptured with a jerked motion of the head.

There is a wide range of potentially catastrophic consequences to a rabbit punch, with well-documented cases and studies for each. The overwhelming body of evidence that shows the immediate and long-term dangers of the practice has led to various sports bodies legislating against the move with extreme prejudice.

Potential Consequences of a Rabbit Punch

Rabbit punches can cause dizziness and disorientation at their weakest, but the risk of internal bleeding is high. It is also a possibility that paralysis or disability can result from a rabbit punch; one tragic case study can be found in that of Prichard Colón, a promising boxer rendered comatose for 221 days by successive rabbit punches.

For the victim, there is also the possibility of seeking brain injury compensation from their opponent via legal recourse. Such action could see them recompensed for the physical and mental anguish resulting from the punch, especially in the event that the punch rendered them temporarily or permanently disabled. For the perpetrator, the punch could not only mean civil action from the victim but sports-related sanctions in the form of removal of titles or bans from competing.