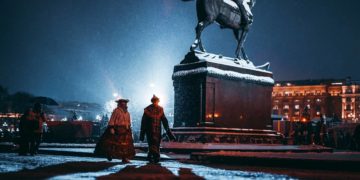 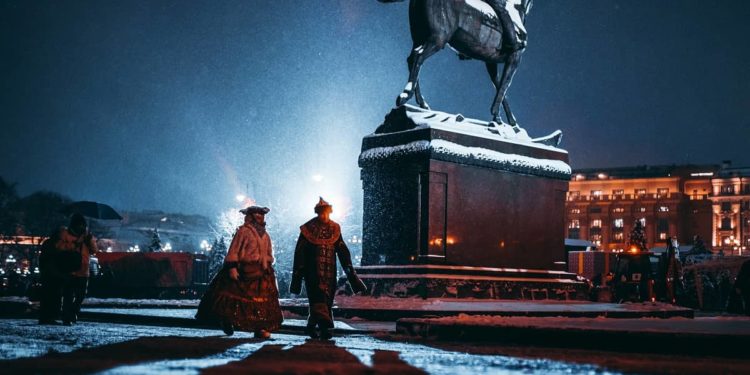 In a recently released report, the International Monetary Fund (IMF) said that Russia’s economic growth will reach 3% in 2021 and 3.9% in 2022. At the same time, international rating agencies such as Standard & Poor’s and Fitch have successively given stable outlook ratings to the Russian economy. For Russian visa information go to Visa Express.

According to the Russian Federal Statistics Service’s preliminary assessment, Russia’s gross domestic product (GDP) will decline by 3.1% in 2020. This figure is significantly better than previous forecasts by the Russian government and the World Bank. “We believe that Russia has coped well with the challenges posed by the epidemic.” Kirill Dmitriyev, president of the Russian Direct Investment Fund, said the Russian economy has maintained fundamental stability in the face of the epidemic’s impact.

The Russian economy is performing better in 2020 than the Bank had predicted earlier. “This is mainly due to the good performance of several key economic sectors, including finance, agriculture, telecommunications and public administration. In addition, the news of a new ‘OPEC+’ agreement stabilized international oil prices.”

In 2021, Russia’s consumption was sluggish and the service sector was deeply affected by the impact of the epidemic and the decline in global energy demand. To normalize business activity, boost people’s employment and income, and promote Russia’s economic transformation, the Russian government implemented the National Economic Recovery Plan in February 2021, which effectively stabilized the economy and ensured livelihood and social stability.

The National Economic Recovery Program contains about 500 specific measures, including increasing investment activity, developing digital technologies, improving education, and rapidly building quality housing. The program has had a positive effect on stabilizing the economic situation in Russia and has prevented a further decline in the population’s income. The Russian government is currently implementing the second phase of the plan, which includes measures to restore consumer demand, increase private investment, further promote economic recovery and reduce unemployment.

Compared to expectations, the Russian economy is more dynamic and resilient, and the current situation is positively positive. Russia has adopted a strong policy response, decisively adopting a range of fiscal, monetary and financial policies. The combined use of all three instruments has played an important role in stabilizing the economy. Mignane believes that the Russian economy will achieve faster growth as issues such as infrastructure and the business environment improve.

Testing of ships loaded with driverless navigation systems, successful completion of road tests of driverless trucks, demonstration of the first 5G base stations based on national software and 6G chips for next-generation communications …… The growth of Russia’s new technology sector, against the trend, was a bright spot during the epidemic prevention and control. Dmitriyev said, “Technologies such as artificial intelligence and big data are widely used in many companies, and some industries have increased their productivity by 25-30 percent.”

Russia’s grain and wheat production reached the second highest level in its history. According to preliminary data from Rosstat, grain production in 2020 will increase by 9.8% from 2019 to 133 million tons, and total wheat production will increase by 15.3% to 85.873 million tons. In addition, livestock production, including meat and dairy products, has grown significantly, and greenhouse vegetable production has maintained a good growth momentum. The rapid development of the agricultural sector has ensured a stable supply of Russian food and effectively stabilized the price level.

According to the latest data from the Ministry of Economic Development, in January 2021, Russia’s consumption showed clear signs of recovery, with demand for non-food goods increasing for the first time since April last year, with consumption increasing by 0.9% year-on-year. The “home economy” is booming, with people commonly ordering food, clothing, daily necessities and medicines via the Internet. 30% growth in Russia’s e-commerce market is expected in 2020.

The Russian online economy is expected to grow at a double-digit annual rate in the future. With the help of e-commerce, not only Russian consumers will be able to buy the goods they need, but Russian products will also be more easily promoted to foreign markets.”

More than 40,000 new jobs were created in the logistics industry during the two months of preventive and control measures taken in the second quarter of 2020.” E-commerce has led to the development of Russia’s logistics industry, with companies beginning to add transport vehicles, expand warehouse space and modernize IT systems.

The Russian government’s national development goals for 2030, launched last year, propose to ensure that Russia’s GDP growth is higher than the global average by 2030 while maintaining macroeconomic stability; exports of non-resource and non-energy products increase by at least 70 percent compared to 2020; real growth in fixed asset investment increases by at least 70 percent compared to 2020; and investment in information technology increases fourfold compared to 2019 …… More than specific goals set the long-term direction for the innovative development of the Russian economy.

The data recently released by the Russian Export Center show that Russia’s foreign exports of non-raw materials and non-energy products have maintained growth for three consecutive years, reaching $161.3 billion in 2020, including 20.8% of metal products, 17.7% of machine-building products and 17.3% of food products. This set of data fully demonstrates that Russia has made great progress in reducing the national economy’s excessive dependence on resource exports, and the results of economic restructuring are beginning to emerge.

In recent years, Russia’s energy industry output and profits in the GDP and budget revenues have declined. Russian President Vladimir Putin said at the annual press conference held at the end of last year that 70% of Russia’s budget revenue comes from non-hydrocarbon sectors.

To ensure the achievement of national development goals, the Russian government will allocate 39 trillion rubles (about 3.4 trillion yuan) in the next three years. Russian First Deputy Prime Minister Andrei Belousov said that in the next 3-4 years Russia will focus on adjusting its economic model, overcoming structural problems and finding new growth points.

Against the background of global emphasis on the development of green energy, over-reliance on the energy sector is not conducive to the healthy and sustainable development of the economy. Russia should invest more in the “knowledge economy” based on high technologies. “In the long term, investment in new technologies will be the only solution for Russia to achieve a stable economic growth target of 3% per year in the future.