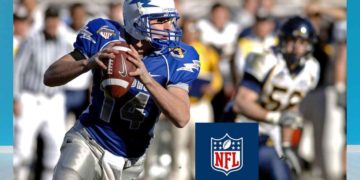 by Editor
in Entertainment, Sports
0 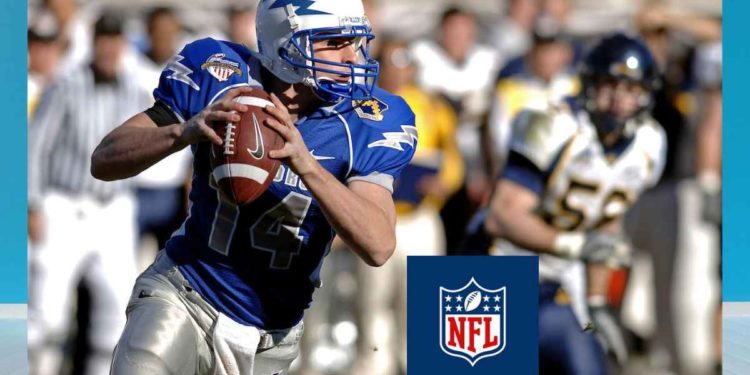 The NFL and NFL Point Spreads have a long and historic history, and the first official football game as we know it took place between Princeton and Rutgers in 1869. The rules were created as a mashup of rugby and soccer. The early regulations for what is now known as American football weren’t set until the 1880s when Yale’s renowned rugby player Walter Camp arrived on the scene.

The first competitor to get payment was William “Pudge” Heffelfinger of the Allegheny Athletic Association in Pittsburgh, Pennsylvania, who earned $500 for taking part in a match on November 12, 1892. Play-for-pay was established as a result, and professional athletes started to appear.

The first competitor to get payment was William “Pudge” Heffelfinger of the Allegheny Athletic Association in Pittsburgh, Pennsylvania, who earned $500 for taking part in a match on November 12, 1892. Play-for-pay was established as a result, and professional athletes started to appear.

Football needed organization in 1920 in order to continue to be a competitive sport in America. The teams that were loosely associated first got together at the Jordan and Hupmobile dealership in Canton, Ohio.

As a result of this gathering, the American Professional Football Conference (APFC) was created. A month later, on September 17, 1920, it was renamed the American Professional Football Association (APFA). The Canton Evening Repository reported that the meetings’ goals were to “enhance professional football in every way possible, end rival teams’ player bidding, and achieve collaboration in the development of schedules.”

Throughout the 1930s, 1940s, and 1950s, there were at least three iterations of the American Football League (AFL) and another known as the All-America Football Conference (AAFC) that made an effort to compete with the NFL for professional domination, but none of them was successful.

When the fourth American Football League edition opened their league in 1960, things started to change. Compared to previous attempts, this one was more aggressive, with a younger league gaining popularity quickly and competing for players with a more seasoned opponent.

NFL point spreads are calculated by oddsmakers who consider the likelihood that two teams will win the game while still covering the spread. Depending on the teams competing in the game, point differentials can vary.

Spreads, however, are frequently within seven points because the majority of teams are evenly matched. Spreads don’t always fall within that range; they change depending on the calibre of the clubs’ players.

The lines may appear a little perplexing to those who are new to NFL betting. It is crucial to learn how to read NFL betting odds correctly.

The terms “favourite” and “underdog” are frequently used, with the former referring to the team that is predicted to win and the latter to the club that is predicted to lose. NFL odds in the US begin with a plus (+) or minus (-) sign. A plus sign (+) indicates the underdog. A minus sign (-) indicates the favoured. These chances are shown in spans of a $100 wager for clarity’s sake. NFL lines with a plus sign (+) show the winnings when $100 is bet. NFL lines with a minus (-) show the amount that must be bet in order to win $100. For instance:

Statistics are undoubtedly vital to take into account when choosing which teams to bet on. But knowing how to interpret these NFL statistics could mean the difference between winning and losing. What conclusions can we draw from these numbers and stats?