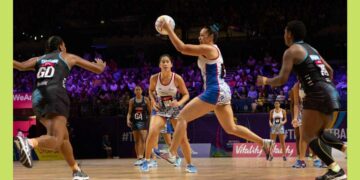 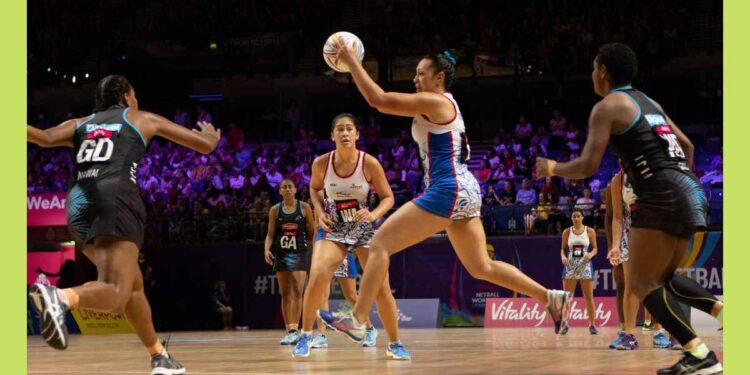 Go has stated that the decision to leave her post was simply a result of a transition that was already in place before the sponsorship controversy and in the aftermath of her resignation, Wendy Archer AM has stepped in to replace her with immediate effect. However, Go will remain involved as a director of the Board of Netball Australia.

A safe pair of hands

The hope is that Archer will be able to steady the ship as a safe pair of hands with four years of experience as a director of Netball Australia and a respected member of the netball community, who was presented with an Order of Australia for services to netball in 2015.

One area of contention amongst the players was that they were not keen on wearing the sponsorship on the front of their dresses, but the players have been able to chalk up a victory with Netball Australia releasing a statement saying that, in agreement with the sponsor, the dresses will not feature the logo as it could be a distraction.

Fans will be hoping Netball Australia can put the controversy behind them and concentrate on the sporting side as preparations for the 2023 Netball World Cup are already underway. The Diamonds remain a big draw in Australia and the furor is not expected to affect the popularity of the sport. With the World Cup taking place in Cape Town next year, Australia will be looking to add to its record of 11 titles.

The Diamonds narrowly lost out to rivals New Zealand 52-51 in the final of the quadrennial tournament in 2019, but Australia is 1.85 favorites to win this time round with sports betting apps such as Palmerbet.

The Australian Netball team has already won Commonwealth gold medals after beating Jamaica 55-51 in the final which took place at the NEC Arena in Birmingham this year with Gretel Bueta the hero of the hour, shooting 100%.

The domination of Netball Australia is also underlined by the World Netball Rankings with the Diamonds in first place, ahead of New Zealand, Jamaica, England, and South Africa. Despite the recent upheaval, netball is still the most popular team sport for women in Australia with around 360,000 registered players.

An organisation in debt

It has become necessary for Netball Australia to move forward with the sponsorship deal as the sporting organisation has amassed debts of over $7 million over the past two years.

It seems the decision to drop the dress sponsorship has smoothed the way for the players to accept the deal, with captain Liz Watson stating that all parties have the desire to make the deal work.

However, Watson was also eager to stand up for her teammate Donnell Wallam, who will be only the third Indigenous player to represent the Diamonds in the history of the sport in Australia and the first for over 20 years.

Watson told reporters: “We’re supporting her cultural sensitivities around the program, around the partnership, and we want her to be herself and feel comfortable and strong. I know that the girls are supportive of that.”

The sponsorship controversy has caused a great deal of upheaval for Netball Australia and its players. The deal highlights the importance of being aware of the origin of sponsorship money in sports.

The dire straits of the organization’s finances mean Netball Australia has found itself in something of a Catch-22 situation which means that canceling the deal was not an option.