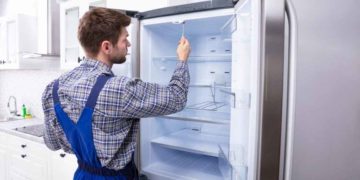 by Editor
in Lifestyle, Technology
0 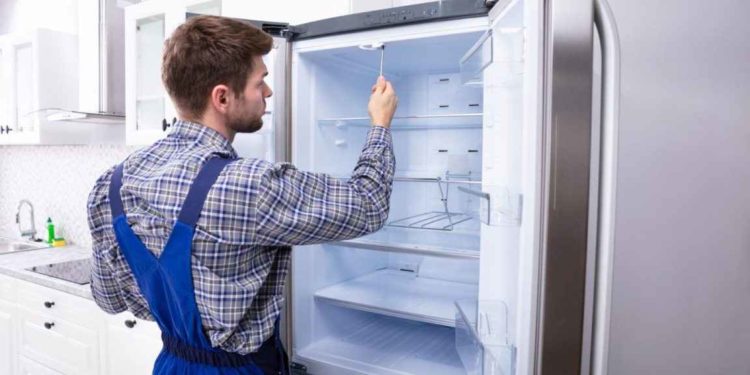 Before diagnosing the problem, you should decide on the type of refrigeration equipment.

Absorption models are strictly forbidden to repair themselves. This is due to the high risk of toxic refrigerant leakage. In addition, working with such equipment is extremely complicated

Thermoelectric units break down very rarely. The most common breakdown is when the thermocouple battery runs out of power. There is probably no sense in replacing it since its cost is on par with the price of the unit itself.

In addition to this, sometimes in such refrigerators, the contacts get burnt, which can be repaired even by an inexperienced technician. Much more problems with compression models. If such a refrigerator does not work, there can be many reasons. Let’s talk about the most common ones.

If the device does not work when plugged in, perhaps the power supply circuit is “to blame”. This includes the socket, plug, power cord, and split contacts in the compressor compartment. Perhaps the problem is in the protective relay or the thermostat. The latter should be “tested” with a tester to find out the cause. In case of breakage, there will be no signal.

If the supplying network is completely serviceable, and at the start, the compressor does not switch on or it starts but immediately snaps off, the problem is most likely in the starting protection relay.

In evaporative units, quite often the cause of problems lies in the compressor. This is quite a complex device, it is better to entrust its repair to a master.

In an almost similar situation with a serviceable network, it takes three to five seconds to start the compressor or if it does not start from the first attempt to turn it on, you should look for a problem in the starting relay.

The unit freezes badly but reacts properly to the signals of the thermoregulatory. At the same time, the compressor heats up, shakes, and overheats protection activates. Relays of thermal protection and start-up are fully functional, according to the experts from Appliance Service.

The compressor motor winding should be diagnosed for inter-turn faults. If a fault occurs in the starter winding then the compressor will not start at all. However, the thermal protection and start relays will be intact. In both cases, it will be necessary to replace it.

Schematic diagram of the starting and protection relay of the refrigerator

The design of the thermal protection and starting relay, combined into one unit, is typical of the majority of domestic refrigerators. The weak points of the node are the contacts, which periodically need to be cleaned of dust and carbon deposits, and the core channel.

Another malfunction. The unit freezes, according to the experts from Appliance Repair,  very strongly, while the compressor works without a break or its work is interrupted by the operation of the thermal protection. The equipment practically does not respond to the thermostat, only turning the knob to the “0” position stops the compressor.

The latter makes much more noise than usual. At the same time, the meter shows that the electricity consumption is much higher than usual. All this indicates that the starting relay is jammed. This is quite a dangerous condition for the compressor because it leads to its overheating and burning out.

If the unit freezes poorly, the refrigerator’s thermostat is set correctly. By the moment of disconnection of the compressor, the condenser is normally warmed up so it is necessary to pull your hand away.

More often the problem is in a defective thermostat. It will have to be replaced. In some cases, it is possible to repair it. The thermostat is also broken if the unit turns on, but it freezes too weakly or strongly.

The device of the refrigerator with a drain

So-called “drip” refrigerators quite often have problems due to clogging in the drain system. It does not respond to the position of the thermostat knob. At the same time, the condenser heating and compressor hum are normal.

The unit operates on a short cycle, which is characterized by frequent switching off of the compressor. At that, it freezes badly, and the condenser does not have time to heat up properly at the moment of the compressor switching off. The cause of the such malfunction is the breakage of the thermal protection relay or thermostat.

The equipment functions on a long cycle, sometimes even continuously. In the freezer, ice appears on the section of the refrigerant pipe. At the same time, there is no ice on the opposite side. The situation is stable and does not change. The cause of the malfunction, in this case, is refrigerant leakage. Most likely there is a micro-crack somewhere. It is necessary to diagnose the circuit in order to find it and refill the system.