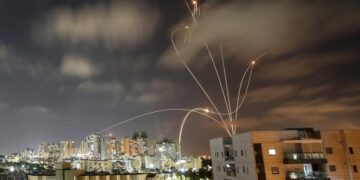 How does the iron dome system protect Israel from Missiles Rocket attack by GAZA? | Why is Israel and Gaza fighting?

How does the iron dome system protect Israel from Missiles Rocket attack by GAZA? | Why is Israel and Gaza fighting? 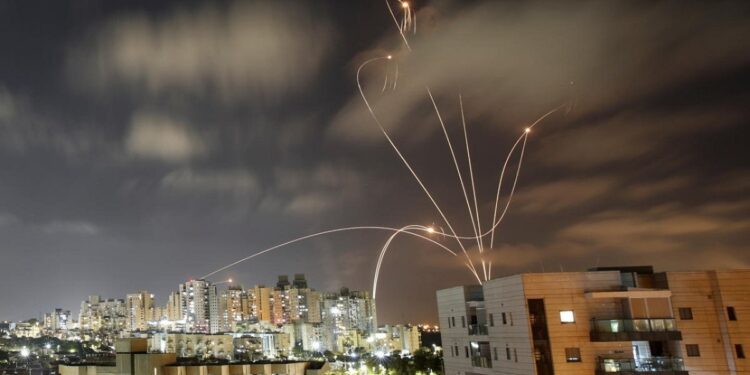 Amid the escalation between Israel and Hamas, the Israeli Iron Dome anti-missile shield was put to the test by the missile offensive of the group that rules the Gaza Strip. Here are some keys to the sophisticated defensive system.

What is an Iron Dome system?

The Iron Dome was designed to deal with heavy artillery attacks. Each launcher has 20 missiles that can be fired at the same time. The reason is that the various factions in Gaza firing rockets at Israel use artillery practices that do not prioritize precision. These rockets are statistical weapons, and many must be fired to hit a specific target.

Initially, the Iron Dome was aimed at countering attacks by short-range Qassam missiles. In July 2009, the first successful experiment was conducted, and two years later, the system intercepted its first rocket.

Iron Dome relies on a radar and analysis system to determine if an incoming rocket is a threat, firing an interceptor only if the incoming missile is at risk of hitting a populated area or essential infrastructure.

The interceptor missiles, which are fired vertically from mobile units or a static launch site, are designed to detonate the incoming rocket midair, producing the explosions in the sky that accompany the warning sirens during recent Israeli-Palestinian conflicts.

Israeli officials and defence companies say the system managed to prevent thousands of rockets and artillery from hitting their targets, with a success rate of more than 90 per cent.

The Iron Dome may have been developed in Israel, but it is not the only country to employ it. Rafael refused to reveal to Calcalist which countries he sold the system to, but in the past, he announced international buyers, including Romanian aerospace company Romero SA in May 2018. In February, the Defense Minister claimed that they would be sold to the United States for your “immediate need”.

Initially, the system was to have a less dramatic name: anti-Qassam, based on the missiles it was designed to intercept. Later, the name Golden Dome was considered a highly loaded name with sensitive political significance. Ultimately, Iron Dome was chosen, and the missile it uses was named TAMIR, an acronym for a rocket interceptor.

The system is capable of intercepting short-range rockets within a range of up to 70 kilometres. Distance is an essential factor, as the longer the path, the longer it takes to calculate the missile path, and any deviation could cause a significant change. Intercepting longer-range munitions requires other radars, such as the David Sling or Arrow systems. The Iron Dome has a minimum range of 4.5 kilometres.

Does the iron dome work?

The scientists said that to achieve missile interception, the radar calculates the flight path and point of impact of the enemy missile immediately after launch. And they described that if the impact site is in the area to be protected, the interceptor missiles are launched manually.

The information provided by the company indicates that an iron dome battery can defend an area of ​​150 square kilometres against missile and artillery attacks, which at the same time allows detecting up to six objects that are approaching at the same time. Since its inception to date, the Iron Dome has carried out 2,500 successful interception missions, as indicated by the company

The target data is transmitted to a BMC (Battle Management & Weapon Control) unit for processing. The threat trajectory is quickly analyzed, and the expected point of impact is estimated.

If the estimated trajectory of the rocket poses a critical threat, an order is issued within seconds, and an interceptor is fired at the danger. The interceptor receives path updates from the BMC.

Which countries have Iron Dome?

Many countries use a dome system America and few European countries. But Israel used a unique iron dome system.

How many Iron Domes does Israel have?

There is officially ten mobile domes system. The security-related reports and experts suggest there are more than 18 dome systems available.

The interceptor then approaches the target and uses its radar seeker to acquire the target and explode, destroying the threat over a neutral area, thus reducing collateral damage.

The Iron Dome sends warnings so that civilians in the target areas have time to take cover; near Gaza, it is 10 to 15 seconds; in Tel Aviv, about a minute. For that reason, the alarms sound every time there is danger.

The Iron Dome can intercept aircraft at a maximum altitude of 10,000 meters, so it is considered one of the best operational missile shields.

Why is Israel and Gaza fighting?

Here we give you three keys to understanding the growing tension.

Jerusalem has seen its worst unrest of its kind since the weekend since 2017, fueled in large part by a long-standing attempt by Jewish settlers to seize homes of Palestinian families in Israel-annexed East Jerusalem. The clashes on Monday took place outside the Al Aqsa Mosque in the Old City of Jerusalem. The Palestinians threw stones at Israeli riot police, who fired rubber bullets and tear gas.

The Al Aqsa Mosque stands on an esplanade known to Muslims as Haram al-Sharif, or the Noble Sanctuary, and Jews as the Temple Mount.

Israel’s police force said thousands of Palestinians had barricaded themselves at the scene with rocks and Molotov cocktails in anticipation of a clash during a Jewish march planned for Monday to mark Jerusalem Day.

The so-called Flag March commemorated Israel’s capture of the eastern part of Jerusalem in 1967 when it took effective control of the entire city during the Six-Day War.

The Old City is located in East Jerusalem, home to some of the holiest religious sites in the world: the Dome of the Rock and the Muslims’ own Al Aqsa Mosque, the Temple Mount and the Western Wall Jewish and the Holy Sepulcher of the Christian religion.

Much of the latest wave of violence stems from a long-standing legal effort by Jewish settler groups to evict several Palestinian families from their homes in the nearby Sheikh Jarrah district of East Jerusalem.

Jerusalem experienced the worst fighting of its kind since 2017. A lower court ruling this year supporting the settlers’ claim sparked the ire of the Palestinians. Israel’s Supreme Court was due to hold a hearing on the case on Monday, but the session was postponed due to unrest.

This new wave of violence takes place in the last days of the Muslim holy month of Ramadan. The tensions have been going on for several weeks and not just in Jerusalem.

Since the beginning of the holiday, Tensions have escalated in mid-April, with a series of events that have sparked riots.

When Ramadan began, nightly clashes broke out between the police and Palestinians protesting the security barriers outside the Damascus Gate in the old city of Jerusalem, which had prevented them from gathering there overnight.