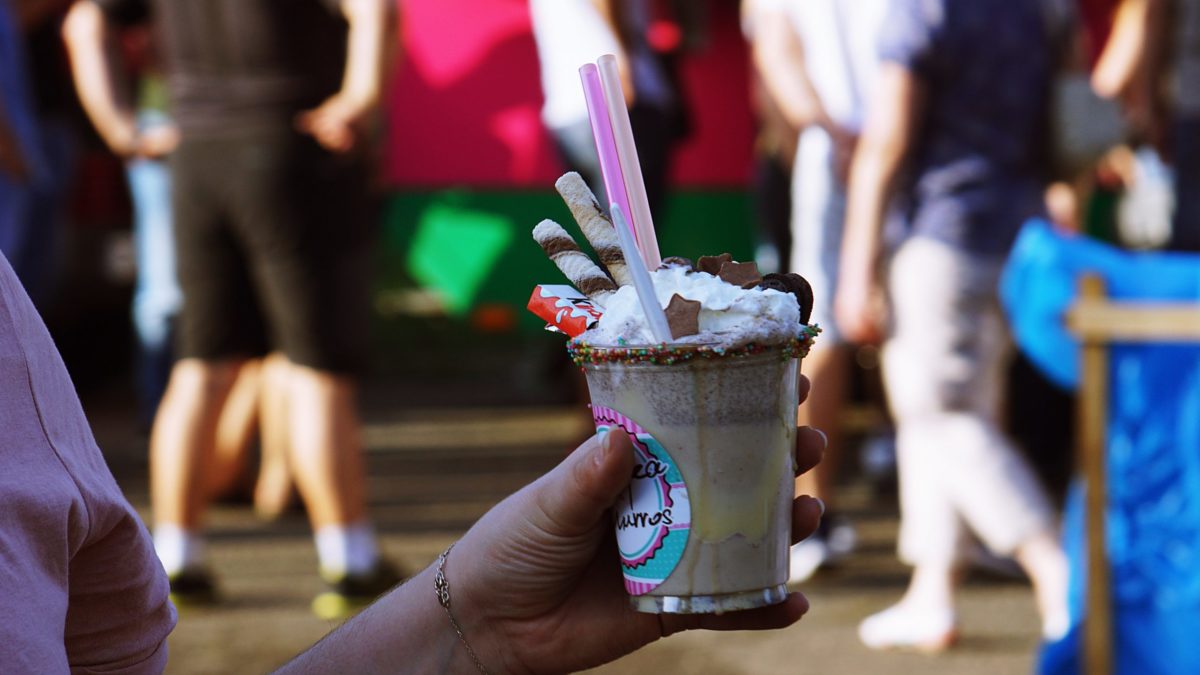 The Real History of Dairy Queen

The Real History of Dairy Queen

It a common question people ask that where was Dairy Queen founded or where did Dairy Queen start?

Founded in the year 1940 Dairy queen was first opened in Illinois, United States of America. The soft-serve formula was initially developed by John Fremont McCullough in 1938 along with his son. The Dairy queen history began when Fremont offered one of his loyal customer Sherb Noble a proposal to introduce the soft serve product in their ice cream store in Kankakee, Illinois. On the very first day of the launch of the product, Noble sold more than 1600 servings within the first few hours this proved to be a massive success among the common public.

When did the first Dairy Queen open?

After witnessing this enormous success, Noble and the McCulloughs started their first Dairy Queen store in Illinois itself in the year 1940.

Since its incorporation in the year 1940, the company has used a system of the franchise and has expanded its operations globally. The company had only 10 stores in 1941 which increased to 100 stores by 1947 and 1446 stores by 1950. It then continued to expand in the next five years and the number of stores increased to 2600.

In the early, up to the late 90s, several investors bought the Dairy Queen stores that were initially owned individually with the intent of increasing profits through the use of sale economics. As a result, Vasari LLC became the largest operator of Dairy Queen in the United States with 70 Dairy Queens across several places including Oklahoma, New Mexico, and Texas.

How Dairy Queen Stores spread all around the world?

All the stores of Dairy Queen are operated under different brands. However, all of them bear the Dairy Queen logo. The largest Dairy Queen store is located in Bloomington Illinois in the United States of America.

A lot of stores only serve a very small menu which features only the Dairy Queen frozen treats and opens only during the summer and spring. However, a large number of the Dairy Queen restaurants also offer hot food and are open all throughout the open irrespective of the season. The Dairy Queen full brazier restaurants which are spread all over the world serve a normal menu that features burgers, french fries, and even crispy chicken along with the frozen desserts.

Dairy Queen has expanded its products continuously. By the end of 1950, the company had included milkshakes and malls in its menu. By 1951, banana splits were included and Dilly Bars were added in 1955. A vast range of hamburgers and other food items, Jets, Freezes and Curly were included in the menu under the banner of Dairy Queen brazier in the year 1958. The company also added the Peanut Buster Parfait which consisted solely of peanuts and vanilla soft serve with hot fudge in 1971. In the year 1955, Chicken Strip basket was introduced for the first time which included chicken strips, Texas toast, fries, and gravy. However, the gravy was included only in Canada.

The Dairy Queen History is spread over several decades. The majority of the queen stores serve Pepsi-Cola as a beverage. However, unlike other restaurants and fast-food chains, the company is not mandated contracts and as a result, several other locations serve Coca-Cola instead.

One of the most popular Dairy Queen items is the blizzard which is technically a soft serve blended with several ingredients including toppings and pieces of cookies brownies and candy. It has been of huge success since its introduction in 1985. In the same here Dairy Queen where they record where it sold more than a hundred million Blizzards. It comes in several flavors such as chocolate chip cookie dough, Butter finger which is popularly known as Crispy Crunch in Canada, Mint Oreo Oreo Cookies, Heath Bar, and much more. The company has also introduced several seasonal flavors which include Octopus pumpkin pie and Jones cotton candy.

10 years ago on 26 July 2010, the company introduced a mini size lizard which was served in six oz. cups.

Initially from 1979 up to 1981 Dairy queen had the slogan, “It’s a real treat!”. The slogan kept changing from time to time. Up to the middle of the 1990s, the slogan ” Hot Eats Cool treats” was used. By early 2011, another slogan had been introduced which was ” So Good It’s RiDQulous”.

Since the Dairy Queen origin, the company has spread the world. The countries which currently have Dairy Queen stores include-