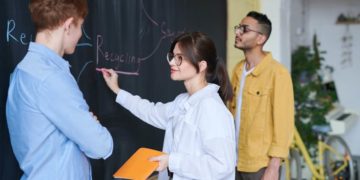 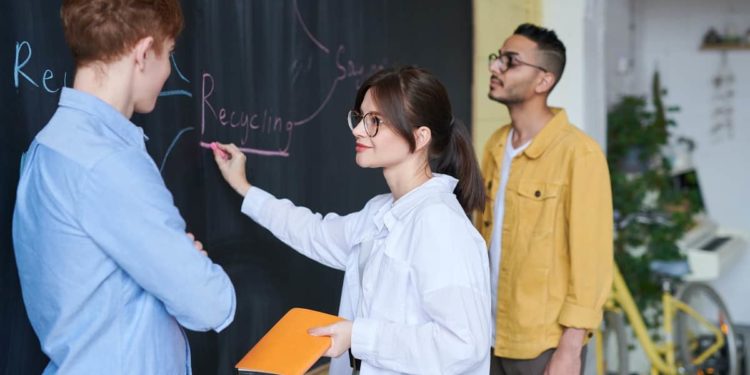 It is almost the post-covid era, and many countries are set to reopen into allowing coming in and going out of people from the country.

Most people are eager, as many want to re-unite with their families abroad, some are migrating,  while some are traveling out of their country for further educational study.

While visa preparation, clothes shopping, and surfing the internet to know more about the new intended place are a few of the common things to do to put necessary things into place towards safe migration, one of the things one should include is language learning.

While learning the language of the particular country or region you are traveling to is a good step to learning about the people, it would make settling down relatively easy.

Learning Russian, for instance, by attending Russian classes either one-on-one or online, would expose you to the origin of the people and their cultural values simply by knowing how the Cyrillic alphabets were formed.

Another importance of learning a foreign language is that it boosts self-confidence and reduces the paranoia one feels when they are present where a language they can neither hear nor speak is communicated in.

Again the need to learn a foreign language cannot be overemphasized. Some other reasons include;

Aside from English been the third most widely spoken language, the other languages that have majority speakers either as a native language or foreign language are Chinese, Spanish, French, Russian, and a few others.

Chinese is the largest spoken language, both by the number of native speakers and population. Its speakers stand at an amazing number of 918 million persons, making up approximately 12% of the world population.

The Chinese nationals majorly speak it.

Some countries now have institutions, both academic and organized centers, where you can learn the Chinese language.

The good thing about Spanish is, it is easy to learn. You can learn Spanish, either by employing a teacher of the Spanish language in your locale or learn with an app such as memrise and Duolingo.

Russian, although spoken by the vast majority of the USSR, it is still one of the spoken languages of the world. Its ranking in the world by population is in 8th place.

The alphabet of the Russian language is a bit different from the English language. It has some deviations in pronunciation with the exclusion of alphabets from the English counterpart, which is replaced by a more direct one that dictates how words are pronounced.

Best Apps to learn languages with

While you might be very busy and have little to no time to attend physical or online classes, there are still other ways in which you can learn a language of your choice. One such way is through mobile apps.

In this section, I will be sharing my top picks of apps by which you can learn any language you desire.

Although bear in mind that some language apps might run on a free trial, there is still a need for you to upgrade to a premium version for you to enjoy certain features.

Duolingo is one of my best language mobile app teachers. It has about 100 million subscribers. The language scheme is created by the different native speakers making it a surety for you to speak once you learn and flow with other speakers easily.

The app is created in such a way that you can learn at your own pace and also compete with other learners. At every successful competition, you emerge as a winner; there are rewards in the form of heart (lifeline) and points which will allow you to unlock the next stage of learning.

The user interface is friendly and makes one who is not interested likely to spend more time learning.

Universities in the US and UK now accept Duolingo English scores as a certification of English language proficiency for admission.

As the name suggests, it is an app that employs the power of meme and repetition interestingly to teach individual language.  It also has games and scenarios where you can practically use learned vocabulary.

It offers the same package for all languages.

Quizlet is also a great app that supports more than 100 languages. Its mode of instruction includes the use of flashcards and games. It has amazing features which include, Images, diagrams, even audio that you can download and listen to in more free time.

One of the great sides of Quizlet is that individuals can design their classes and when and how to attend.

Although, you need to pay to have full access to all the features.

With a lingua lift, your learning becomes more fun and effective as there is room to speak to an online teacher, making the learning experience more interesting. There is also an added tool that shares cultural insight into the language you are learning.

Other examples of apps you can learn languages with are;  Rosetta Stone, HelloTalk, Mindsnacks, Busuu, Babbel, etc.

Learning a language is not a bad idea; in fact, it is one of the things you can spend your leisure time on. Its benefits cannot be adequately quantified.

Learn a language today and improve your life.