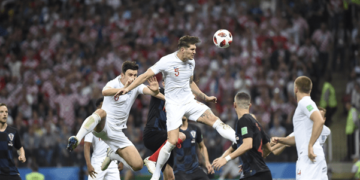 In retrospect: England’s defeat to Croatia at the 2018 World Cup

In retrospect: England’s defeat to Croatia at the 2018 World Cup 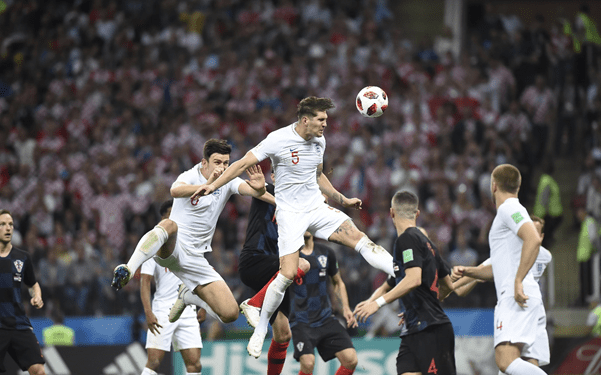 Many had felt it was England’s year. The stars seemed to be aligning, a favorable draw had opened up, and waistcoat sales were through the roof. Gareth Southgate and his team had enraptured the nation during a hot summer in 2018 through their performances in the World Cup in Russia. Only Croatia stood in their way of a World Cup final – a chance to end the 50-plus years of hurt. Football was coming home.

Croatia had other ideas. Despite Kieran Trippier’s early free-kick nestling in the top corner, England eventually wilted on a warm and sticky night in Moscow. Croatia’s ecstasy was England’s despair, and a golden opportunity to reach world football’s showpiece match had evaporated like beef stock in a pot of hot borscht.

Three years on, England are at the eve of another major tournament, and a chance to go one better than their semi-final exit in the World Cup. Indeed, Gareth Southgate’s side are the favourites to win this summer’s European Championships, but they will need to be at the top of their game if they want to go far, as there are a whole host of teams capable of winning the competition.

As fate would have it, Croatia are the first team that stand in their way. While England fans may wring their hands at the prospect of facing the side that dealt them such pain, Southgate and his men may well view it as a chance to put right what went wrong three years ago, and gain final closure on the ecstasy and agony of the 2018 World Cup.

Of course, that semi-final is on everyone’s minds in the build-up to the match, as fans and pundits alike analyse the England vs Croatia odds to try and figure out which side is likely to win. England were the favourites that night in Moscow, and looked set to deliver on those odds when Trippier’s expertly taken free-kick rippled the net. The feel-good factor which had gripped the nation back home looked set to continue.

If anything, England scored too early, and Croatia were never likely to crumble completely. Zlatko Dalić’s side had needed penalties to get through their two previous matches, so they were battle-hardened and would not give up without a fight. Their moment came with around 25 minutes to go, as Ivan Perišić’s finish drew them level. The same player hit the post moments later, and for a while England were hanging on.

John Stones almost gave Southgate’s side the lead in extra-time, but his header was cleared off the line. In the end, it was the venerable Mario Mandzukic who delivered the killer blow, finishing neatly past Jordan Pickford and crushing England’s hearts in the process.

The rollercoaster journey had come to an end. England had come so close to another World Cup final, but once again it was semi-final pain they were left with. Now, the chance is there to get revenge on Croatia, and use that as fuel to power them through the rest of the tournament. England have an advantage in that their three group games are being played at Wembley Stadium, as are the semi-finals and final. Who knows, perhaps football will be ready to come home this summer at last.