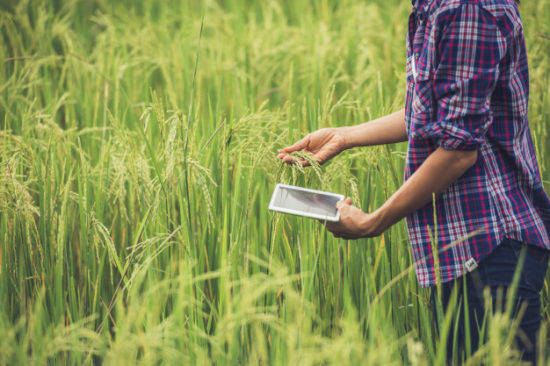 by Editor
in News
0

You may not really think about farmers and their jobs.

However, farmers and farming form the backbone of any economy because both produce something which is central and vital to human existence:  food. While farming is an important part of America’s economy, it is even more important in the more agricultural-based economies of Central America.

You may not think this has anything to do with local USA news, but I’ll explain why this is very important to America.

Hell in Honduras and Guatemala

Farmers in rural Honduras and Guatemala are especially struggling with very low output as a five-year-long spell of drought has destroyed their corn crops and any short-term hopes of survival for them. Because this drought has lasted for such a long-time, it’s been a few years since these farmers have been able to sell any products on the market.

Additionally, they have no food stocks in reserves. This grim reality has made them extremely poor, on the verge of extreme starvation, and desperate.

This quote is a slight modification of the famous quote which characterized America’s expansion Westward into unexplored territories in continental America in the 19th century, “Go West Young man!”

However, it accurately describes the recent migration patterns of these starving farmers as they attempt to find a way to feed themselves and their families. These farmers are doing whatever they can to migrate to America.

Going to America is no cakewalk though

Most of these farmers are not only starving, but they are also dirt poor.  However, a few have some money saved up to migrate north to San Pedro Sula which is a big city in Honduras that is a few hours Northwest of their drought-stricken village of El Rosario.

Since this city is a hotbed of crime, gangs, and drugs, few of the farmers actually want to stay there. Those who can afford to do so and are adventurous and desperate enough to do so cough up the several thousand dollars it costs to join a migrant caravan and immigrate (illegally) to America.

However, as the recent border arrests and deportations attest, attempting to migrate to America is no guarantee of success because the border between Mexico and the Southern United States is full of border patrol and ICE officers who are only too eager to arrest and deport these migrants immediately.

The main reasons why ‘coming to America’ is so popular now

But drought, starvation, and extreme poverty are not the only reason why the farmers are migrating to America in droves. Honduras, Guatemala, and El Salvador have been experiencing extreme climate change. The results of this have been disastrous for its people (farmers are not the only ones who are affected).

Some of these people are somewhat familiar with climate change, which they refer to as Cambio climatico.  This climate change has been making the weather and its patterns go haywire in recent years. The effects of global warming have been to make the air much warmer. This in turn has made the atmosphere too hot for the seasonal rains to come. These are the rains that local farmers in this part of the world need for their crops to grow and be successful.

What’s more, is even more devastating.  The warmer climate has allowed many more beetles who eat tree bark and other plants to breed.  This depleted the local pine forests which had already been virtually destroyed by uncontrolled logging.

Without a protective canopy cover, the freshwater streams evaporated and this resulted in the air becoming even hotter and drier. It also dried out the ground and drove away the rain. Local farmers need both of these for their crops to survive.

So illegal immigration is the only other option

If these farmers moved to the big cities in these Central American nations, they would most certainly have been unemployed or underemployed and living in the slums.  This combined with drought, extreme climate change, extreme poverty, and regional unemployment and violence has made illegal immigration very attractive. Indeed, illegal immigration to America from these nations has recently soared (for the past five years).

The effects of the drought have also devastated coffee plantations in Honduras, Guatemala, and El Salvador which many of these farmers depend on for jobs and income. Failing coffee crops mean no work or income for these farmers.

The national governments are unable to help either because the populations in these nations are so stricken by the poverty they can’t be taxed. This leaves these governments with little or no revenue to help these starving farmers out with the food supplies, farm equipment, and water management techniques they need to adapt to these devastating and changing conditions.

These nations do get substantial financial aid from America, but most of it never reaches those in need – the common people and farmers.  To make matters worse, the American government under Trump’s administration has proposed dramatically slashing financial aid to these nations.

The reason was reprise for failing to control illegal immigration to America, but the real reason was that America can no longer afford to give such generous financial aid to these nations.

All of this has given the farmers (and other locals) no choice but to migrate.

If America cuts off financial aid, it would further cripple the farmers in their efforts to save their failing farms. They would be growing far less food in the future. This would lead to political instability and violence as starving, desperate, and poverty-stricken masses protested against their governments. This would obviously result in even more illegal immigration to America.

But it could also result in more violence and political instability in America because America literally speaking borders these nations.

America is going to have to act

If the American government wants to avoid this, it is going to have to be proactive and actually grant financial aid to fund the farming and water management programs these farmers need to stave off the drought.

Not doing so will contribute even more to America’s political problems and could even be part of what leads to the eventual downfall of America!