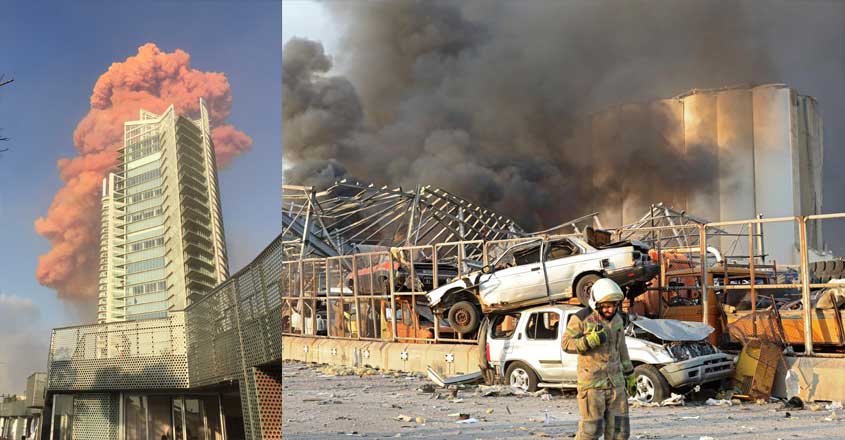 Massive blast has destroyed the capital of Lebanon, Beirut. There is no clear reason present for which reason, the massive blast has taken place. There is a video that went viral on social media that clearly shows, not one, but at least two blasts have taken place. Due to this blast, at least 76 people died and 3000 people got injured till now. The blast has taken place at the port area, so it has destroyed the port area and the whole construction and all the important details that are stored in the port. Apartments that were situated nearly at the port are also destroyed.

Reason Behind the Lebanon Blast

The interior minister Lebanon has said that, several years ago, a huge amount of highly explosive material was seized by the port and it was stored in the port area. Due to some reason, those materials got exposed and a severe blast took place. Local people are also saying that after the blast a large orange cloud is moving towards the city, experts are saying due to ammonium nitrate, the blast has taken place.

Currently, the situation of Lebanon is in a dangerous condition, at least 3000 people got injured in the blast and the government has to send them to the outside hospitals as all of the hospitals of Beirut and rushed with patients. Rescue teams from north and south Lebanon are working day and night to rescue injured people. Instead, they are rescuing people when they die. As a result, it can be said that the number of deaths in the case will increase a lot. People are in fear as the blast. As many residents are getting similarity with the heavy shelling that has taken place at the time of civil war, from 1975 to 1990. Most of the people fail to contact their loved ones. Many people are rushing to the hospitals to know the condition of their near ones. According to the words of medics, almost 200 to 300 people are getting admitted in a single word, that is such a horrible case till now. In many videos that are published in social media,  people are trying to show the gruesomeness of the incident.

At this time, most of the western countries like the United States, Britain, and France have offered support to the country and they said that they are ready to help the country at any time.  However, till now, Israel has not shown any interest in helping the country.