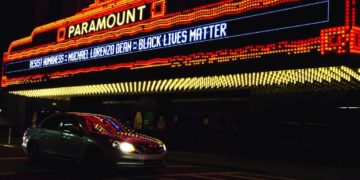 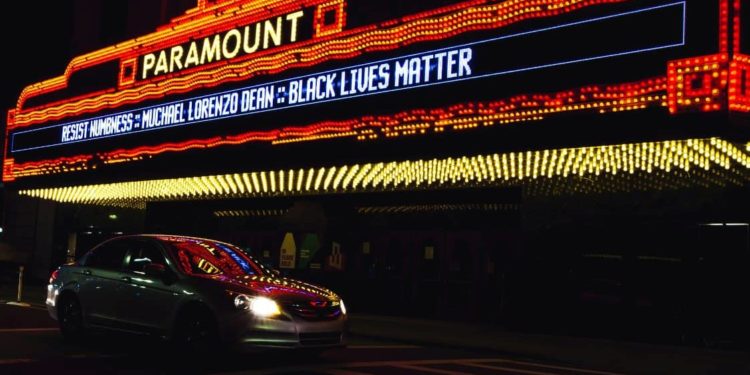 We all look for ease in our daily lives. So it’s good to know that technology has advanced so much that today we can have a TV in the palm of our hand. No matter the model of your smartphone, it is possible to monitor programs, web series, and movies on the paramount network. Formerly known as Spike Entertainment, Paramount Network is one of the best American TV channels. MTV owns it, headquarter located at paramount picture studio, Los Angeles. Today we bring you ten popular TV shows at Paramount Network that you need to watch. For more details, you can see the official Paramount network schedule.

Eternalized by his role in the film The Bodyguard, Kevin Costner is the protagonist of Yellowstone, series created by Taylor Sheridan. The series puts him in the shoes of John Dutton, a farmer who owns the largest ranch in the United States. With the help of four children, he does everything to protect his land from enemies. Over time, John assesses which of his sons can succeed him at running the ranch. It creates a rift between the heirs, which yields excellent matches. Added to this, Yellowstone presents beautiful photographs, with scenes filmed in Utah and Montana. And there is still a lot of action, drama and violence.

Being at the top of the Paramount network schedule, Bar Rescue is an American reality show that debuted on July 17, 2011. The show features Jon Taffer, a consultant and owner of a consulting firm for bars and nightclubs. He offers his professional experience to try to save bars that are about to fail. A typical episode begins with a team conducting reconnaissance and surveillance on a bar struggling to determine its operational and service shortcomings. After the TV episode, Jon Taffer and his team share their valuable ideas and tips.

Paradise Lost revolves around a psychiatrist who moves with his wife, Frances (Bridget Regan), from California to his hometown in Mississippi to discover shameful secrets that irrevocably change the lives of everyone involved. In this old community, he struggles to choose between his past and his future. The additional cast includes Barbara Hershey (Once Upon a Time), Nick, Gail Bean (Snowfall), Danielle (Gifted), Shane McRae (Crafty Pete), and Silas Weir Mitchell (Grimm). This magnificent family drama is created by Rodes Fishburne and Arika Lisanne Mitt man.

Ink Master is an American reality show series in which tattoo artists compete in challenges that assess their artistic abilities. They are judged by notable tattoo artists and enthusiasts, with one contestant eliminated each episode. The winner receives an amount of $100,000. At first, the contestants go through a fundamental lightning challenge. After the Lightning Challenge comes the Elimination Challenge, a test of skill on a human screen. The next day, each contestant is given 4-6 hours to complete their tattoo.

This Paramount Network military drama and comedy series was premiered on January 15, 2020. Roberto Benabib created it. Based on Charlie Golf One, 68 Whiskey is an Israeli television series. The story revolves around a group of doctors from different cultures in the army who work on their professional and personal missions daily. The events are wrapped around the peculiarities of the events in the life of each of the characters. The series features Sam, Gage, Cristina, Jeremy Tardy, Nicholas, Derek, Beth, and Lamont Thompson. Look at the Paramount network schedule, and don’t miss a single update.

Wife Swap is an American reality show program. In this family and cultural reality show, two wives from different lifestyle, culture, habits and family history, are swapped with each other dramatically. For example, a wife, who only cooks non-vegan dishes, swapped for a vegan. The reality show and the judges document the cultural and social differences. The first week focuses on the existing routines created. New wives are allowed to make their rules during the second week, and their new families must adhere to these new household rules.

Aired on 2nd April 2015 on the USA television, Lip Sync Battle won everyone’s heart. It was debuted on Spike, now known as Paramount Network. It is an American reality show with a plot utterly different from others. John Krasinski and Stephen Merchant were behind this spectacular idea. The story is different as known celebs battle with each other with lip sync. Believe it or not, the first episode has the highest TV ratings. The show continued to deliver high ratings. On August 22, 2018, Lip Sync Battle was renewed for a 12-episode web series and the 5th season premiered on January 17, 2019.

Ink Master: Angels is an offshoot of the Ink Master Tattoo Reality-Competition that debuted on October 3, 2017, on Paramount Network. The series follows season 8 contestants Ryan Ashley Malarkey, who won that season, Kelly Doty, Gia Rose and Nikki Simpson. The first part of the reality show served as a two-hour elimination process, where the tattoo artists must tattoo a body part in a particular style and theme of their choice to impress the Angels. For the second round, two artists had four hours to tattoo a body for which the city is known.

Rest in Power: The Story of Trayvon Martin is an American television documentary series that debuted on July 30, 2018, on Paramount Network. The six-episode series documents the Trayvon Martin shooting and explores the racial tension in the United States. Trayvon Martin became a central talking point. The network describes the story as a story about race, politics, power, and the US criminal justice system. Browse the Paramount network schedule now and watch this magnificent creation.

Created by Jason Micallef, Heather debuted on October 25, 2018. It is one of the best black comedy television shows on American Paramount Network. The first season frames the high school student Veronica Sawyer. There she had clashes with a self-titled clique consisting of three fellow students. Heather was practically prepared for the TV Land network. Due to some circumstances, it was aired on the Paramount Network. Find out the upcoming Paramount TV schedule and watch your favourite characters now.

Paramount Network is a streaming service, one of the best in the United States. Paramount network offers a unique mix of content in a world filled with many streaming services that make it a worthy competitor in the entertainment world. If you are unsure about investing in Paramount Network, you can get a free trial. After the free trial, if you don’t find it helpful, you can cancel your subscription at no cost. If you see the Paramount network schedule, you will find something for everyone, from reality shows to exciting web series.